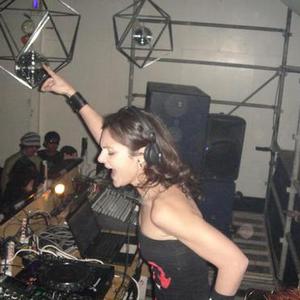 1) Massive is the new full on trance psychedelic solo project of Davina Elmosnino (also the woman behind the projects Sirius Isnes and Davina). Davina, 29 years old, was born in France but grew up in New Caledonia, a French island between Australia and New Zealand. She started to make music in the year 2000, and released her first track as Sirius Isness in 2003. Since then she made 3 Sirius Isness albums with Max Peterson, released on important labels such as Mind Control Records, Phantasm Records and Moon Spirits, and an impressive number of tracks for compilations all over the world.

Now producing another kind of powerful trance music for everyone who likes strong production, full on leads, amazing melodies, emotional and sexy music, Massive is ready to rock the dance floor again!

In Decemeber 2007 she released her first album under her new Massive alias, called Not An Angel.
http://www.myspace.com/massiveangel5

2) Massive Attack temporarily changed their name to "massive" after pressure from their label, to avoid implying support of the attack on Iraq.

3) Massive is a newly formed four piece rock n roll band hailing from Melbourne, Australia. Members are: Brad Marr, Ben Laguda, Aaron Laguda and Jarrod Medwin. Citing influences from Guns N Roses, ACDC and Motley Crue, they will be touring the States in August 2012 to promote their new single One By One and then returning to the studio to produce their debut album.

The Road is Ruff