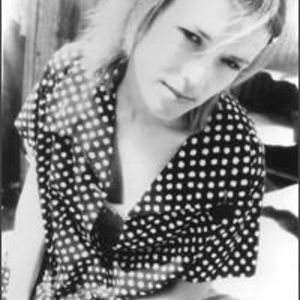 Karlzen's career began in 1992 when an indie label owner offered to record her first album, ?Mary Karlzen.? It was released regionally and established her as a unique new talent. Soon after, Atlantic Records signed her just as a wave of new female acts like Sheryl Crow and Jewel were exploding on the music scene. ?Yelling at Mary? received outstanding reviews from The Washington Post, People Magazine, Musician Magazine, The Chicago Sun-Times, Billboard and dozens of other publications. Her music videos were on regular rotation on VH1, CMT and The Nashville Network.

She also played shows with artists like Bob Dylan, Jackson Browne, Nanci Griffith and many others.

She toured the US and Canada for over a year to promote the album and received airplay on the top AAA radio stations, but all her hard work wasn't enough. Without the full support of Atlantic, she left in 1996. Determined never to allow anyone else control over her musical destiny again, Karlzen returned to indie status for 2000's Dim the Watershed. Soon after, she began recording The Wanderlust Diaries with no record company on the horizon. Dualtone, however, decided to take an interest. After hearing ?The Diaries' they embraced her artistic vision and welcomed her into their musical family in the Spring of 2006. ?I felt like they really got this music and me too,? she says. And now, Before she knew it, Karlzen was slipping away from her home town of Milwaukee to Nashville, to record with producer Jansen Press and the finest musicians Music City had to offer. Those musicians include Garry Tallent (The E- Street Band), John Deaderick (The Dixie Chicks), Ken Coomer (Wilco), Matthew Ryan and Garrison Starr. And now Karlzen returns with her long-awaited fifth album, ?The Wanderlust Diaries.?