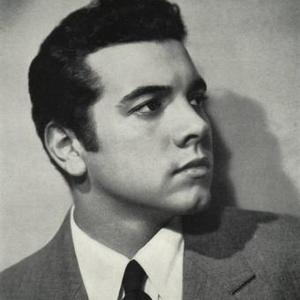 Mario Lanza (31 January 1921 ? 7 October 1959) was an American operatic tenor and Hollywood movie star who enjoyed success in the 1950s. His voice was considered by many to rival that of Enrico Caruso, whom Lanza portrayed in the 1951 film The Great Caruso. Lanza was able to sing all types of music. While his highly emotional style was not universally praised by critics, he was immensely popular and his many recordings are still prized today. Operatic career:

Operatic career:
Born Alfredo Arnold Cocozza in Philadelphia, Pennsylvania, he was exposed to opera and singing at a young age, and by the age of 16 his vocal talent became apparent. Starting out in local operatic productions in Philadelphia, he later came to the attention of conductor Serge Koussevitzky, who provided young Cocozza with a full student scholarship to the Berkshire Music Festival at Tanglewood in Massachusetts. Koussevitzky would later tell Lanza that, "Yours is a voice such as is heard once in a hundred years."

His operatic debut, as Fenton in Otto Nicolai's The Merry Wives of Windsor, was at Tanglewood on August 7, 1942, after just six weeks of study with conductors Boris Goldovsky and Leonard Bernstein. It was here that Cocozza adopted his stage name from his mother Maria's maiden name of Lanza. His performances at Tanglewood won him critical acclaim, with Noel Straus of The New York Times hailing the 21-year-old tenor as having "few equals among tenors of the day in terms of quality, warmth, and power."

His operatic career was interrupted by World War II, when he was assigned to Special Services in the U.S. Army Air Corps. He appeared on the wartime shows On the Beam and Winged Victory while in the Air Corps.

He resumed his singing career in October 1945 on the CBS radio program Great Moments in Music, where he made six appearances singing various operatic selections. He later studied under Enrico Rosati for fifteen months, then embarked on an 86-concert tour of the United States, Canada and Mexico between July 1947 and May 1948 with George London and Frances Yeend. In April 1948, he sang Pinkerton in the New Orleans Opera's Madama Butterfly. A concert at the Hollywood Bowl brought Lanza to the attention of MGM's Louis B. Mayer, who signed Lanza to a seven-year film contract with Metro Goldwyn Mayer. This would prove to be a turning point in the young singer's career.

Film career:
MGM's contract with Lanza required him to commit to the studio for six months, and at first Lanza was able to combine his film career with his operatic one, singing two acclaimed performances as Pinkerton in Madama Butterfly for the New Orleans Opera Association in April 1948. He also continued to perform in concert, both in solo appearances and as part of the Bel Canto Trio with George London and Frances Yeend. In May 1949, he made his first commercial recordings with RCA Victor. However, his first two films, That Midnight Kiss and The Toast of New Orleans, were very successful, as was his recording career, and Lanza's fame increased dramatically.

In 1951, Lanza portrayed Enrico Caruso in The Great Caruso, which proved to be an astonishing success. At the same time, his popularity exposed Lanza to intense criticism by music critics, including those who had praised his work years earlier.

In 1954, Lanza was dismissed by MGM after he had pre-recorded the songs for The Student Prince. The film was subsequently made with actor Edmund Purdom miming to Lanza's vocals. During this period Lanza came very close to bankruptcy as a result of poor investment decisions made by his former manager. Owing about $250,000 in back taxes to the IRS, Lanza withdrew from the public eye for a time.


Mario Lanza at home.He returned to an active film career in 1956 in Serenade; despite its strong musical content, it was not as successful as his previous films. Lanza then moved to Rome, Italy in May 1957, where he worked on the film Seven Hills of Rome and returned to live performing in a series of acclaimed concerts throughout Britain, Ireland and the European Continent. In early 1958, he auditioned for the management of La Scala in Milan, and was immediately offered a minimum two-year contract to sing at that theatre. The opera initially discussed was Puccini's Tosca. Later that year, Lanza also agreed to open the 1960/61 season at the Rome Opera as Canio in Pagliacci. At the same time, however, his health began to decline, with the tenor suffering from a variety of ailments, including phlebitis and acute high blood pressure. The following year, in April 1959, Lanza suffered a minor heart attack, followed by double pneumonia in August. He died in Rome in October of that year at the age of 38 from a pulmonary embolism. His widow moved back to Hollywood with their four children and died of a drug overdose five months later; the younger of their two sons died of a heart attack at the age of 37. When Lanza died rumors spread that the notorious mob boss Lucky Luciano (Salvatore Luciano) had had him killed after he refused to perform for him but those rumors quickly died down because they simply were not true. Soprano Maria Callas would later say of him, "My biggest regret is not to have had the opportunity to sing with the greatest tenor voice I've ever heard."

Lanza's short career covered opera, radio, concerts, recordings, and motion pictures. He was the first artist for RCA Victor Red Seal to receive a gold disc. He was also the first artist to sell two and half million albums. A highly influential artist, Lanza has been credited with inspiring the careers of successive generations of opera singers, including Pl?cido Domingo, Luciano Pavarotti, Leo Nucci and Jose Carreras, as well as those of singers with seemingly different backgrounds, and influences, his RCA Victor label-mate Elvis Presley being the most notable example. In 1994, tenor Jos? Carreras paid tribute to Lanza in a worldwide concert tour, saying of him, "If I'm an opera singer, it's thanks to Mario Lanza."

Coca-Cola Rarities And From Italy With Love (Vinyl)

A Choice Of Opera And Encores, By Request (Vinyl)

You Are My Love (Vinyl)