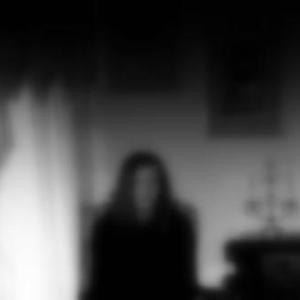 For the Australian band and performer Mara Kiek, see Mara!


Born Tsehai Tamara Stephenson is the second of 7 children. Mara grew up in Manchester a district call Robbin hall with her grandparents Mara went to Robbins hall all age and Devon Secondary School


Her vocal talent was discovered when she was sixteen

Mara is looking forward to with other artist and and other record label. Mara journey has just began


Mara is also a progressive-house duo:
Barry Gilbey & Sarah Whittaker-Gilbey
Profile:
Post-industrial Sheffield has long been a source of innovative, emotional and revolutionary electronic music. From the 80s synths of Human League to the legendary Warp label, the city's pedigree is undeniable.

Sheffield duo Mara share that pedigree. Barry Gilbey and Sarah WG first emerged as superstars of the progressive-house scene in 1997, releasing music on their newly-launched label Choo Choo Records. The label became a go-to destination for fans of the progressive-house scene, and Mara and Choo Choo releases soon found their way onto Global Underground compilations by scene leaders like Deep Dish. Tracks like Mara's 'Always', Pappa & Gilbey's 'Skindeep' and Fingerfest Inc's 'Autoporno' (a collaboration between Barry Gilbey and D Ramirez) captured the mood of the UK's underground dancefloors and delivered it back to you on collectable slabs of heavy black vinyl.

Mara's success as producers and label owners set them on a neverending cycle of huge gigs and international flights. Playing to packed clubs across the world, from Miami to Moscow and Hong Kong to Budapest, they took the Choo Choo sound to every corner of the globe. Their finest moment of the noughties came with the release of their debut album, If You Only Knew. The accomplished 12-track CD perfectly encapsulated the diverse electronic sound Mara and Choo Choo had become known for.

The late noughties saw the members of Mara step back from performing and take management roles in the music industry. From working on music for a number of hugely successful US TV shows to sourcing funding for nascent cultural industries, the duo independently continued their development.

Autumn 2010 saw Mara start leaking powerful new material to their fans, beginning with a collaboration with D Ramirez and Steve Edwards. Signed to hugely successful Brit-house label Toolroom, 'Keep Us Together' debuted with repeated plays by Pete Tong on Radio 1 and solid playlisting from MTV and Swedish House Mafia. The video, shot in LA, hit over 100,000 views on YouTube in under two weeks.

The duo are currently in studio rehearsals with their full live band and working on a follow-up to 'Keep Us Together', again with writing partner D Ramirez ? and major labels are already jostling to sign it.


Mara is also a Colombian singer.
She came to the music scene with a selection of rhythms like reggaeton, dancehall, soca, and merengue street. From her lyrics bringing a woman's perspective to a genre mainly led by men, she says "women have considerable ground to gain and much to say."

Both 'Oye' and 'Un Mes' are songs used in the Zumba latin-dance exercise program.