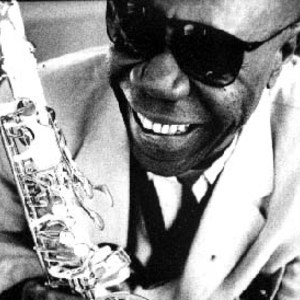 Manu Dibango (Emmanuel N'Djok? Dibango, born December 12, 1933 in Douala, Cameroon) is a Cameroonian saxophonist and vibraphone player. Leaving Cameroon to France to study, he got to study music where he enrolled for piano lessons. Though a piano student, Manu fell in love with his friend and classmate's instrument, the saxophone. Not having a keyboard at home to rehearse his music lessons, he spent time using his friend's saxophone which has today become his longest companion. He developed a musical style fusing jazz and traditional Cameroonian music.

He is a member of the Yabassi ethnic group, though his mother was a Douala.

He has collaborated with many musicians, including Fela Kuti, Herbie Hancock, Bill Laswell, Bernie Worrell, Ladysmith Black Mambazo, and Sly And Robbie. In 1998 he recored the album CubAfrica with Cuban artist Eliades Ochoa .

His Soul Makossa is often considered the first disco record (Jones and Kantonen, 1999). Prominent and loved by his country, he just celebrated his 50th musical anniversary in Cameroon, where he was greatly supported by the wife of the president of Cameroon.

Manu Dibango was the sole African who exposed African traditional music to the western world. His style took the world by storm when the American superstar, Michael Jackson took Manu's Soul Makossa which featured in Jackson's album in You wanna be startin' Something. This same hit today vibrates the music chart which featuresAkon. Obviously, Jackson lost the suit and had to pay the African Saxophonist for Damage.