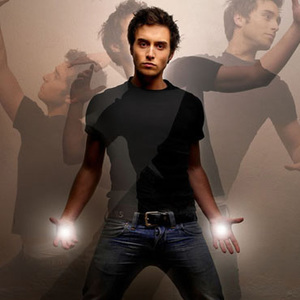 M?ns Petter Albert Zelmerl?w (born June 13, 1986) is a Swedish pop singer. M?ns appeared as a contestant in the Swedish Idol 2005 television series and advanced to the live round after becoming judge Kishti Tomita's favourite early on. He didn't make the top three. The same year, Zelmerl?w appeared on Let's Dance, and beat Anna Book in the final of the hit show's first season. On February 17, 2007, Zelmerl?w performed the song Cara Mia in one of the Melodifestivalen 2007 semi-finals.

He was the second artist to be announced as a finalist, beating favourite Magnus Carlsson for the last place in the finals. The song "Cara Mia" placed third in the Melodifestivalen 2007 final where it received second most votes from the viewers. On the Swedish music chart the song reached number 1.

In 2007 the Swedish gay magazine "QX" named him the sexiest man in Sweden.