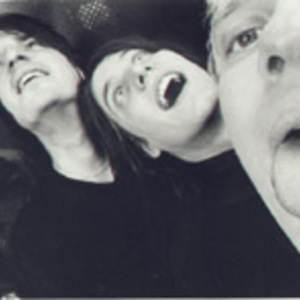 Alien Crime Syndicate (1997?2005) were an American alternative rock group formed by Joe Reineke in San Francisco, California before relocating to Seattle, Washington after the collapse of his previous band The Meices. The group's main lineup consisted of Reineke, bassist Jeff Rouse (Rhino Humpers) and Nabil Ayers with a number of guitarists, Jason Krevey, Mike Squires and Mike Davis, contributing and performing with the band over the years.

After signing a deal with Revolution Records, the group recorded From The Word Go, produced by Gil Norton, however after the label folded, they lost the rights to the album. After relocating to Seattle, Washington, they recorded and released Dust To Dirt on Ayer's Collective Fruit label in 2000. Soon after the release, Will Records purchased the rights and released the first record, From The Word Go, in 2000 also.

During 2002, Rouse had joined Loaded/Duff McKagan's Loaded but returned to ACS, with Loaded guitarist Mike Squires (Nevada Bachelors, The Long Winters, Harvey Danger) where they recorded and released new album XL From Coast to Coast, which featured a cover of Elton Johns Don't Go Breaking My Heart featuring Duff McKagan of Guns N' Roses and Kim Warnick of the Fastbacks, in the same year through V2 Records/THE CONTROL GROUP.

The group went on hiatus briefly with both Ayers and Squires joining The Long Winters. They returned in 2004, minus Squires adding guitarist Mike Davis, recording and releasing their 4th and final album Ten Songs in the Key of Betrayal, co?produced by Gil Norton, through THE CONTROL GROUP/EMI and toured supporting Pixies and The Killers. They also supported Tommy Stinson and became his backing band for his tour supporting his solo album Village Gorilla Head.

In 2005, the group disbanded with Reineke going on to work at Orbit Audio Studios in Seattle. Ayers is currently a label manager at 4AD. Rouse went on to join Vendetta Red then formed the group Sirens Sister. Rouse is currently the bassist for Loaded/Duff McKagan's Loaded and has his own solo project titled To The Glorious Lonely.