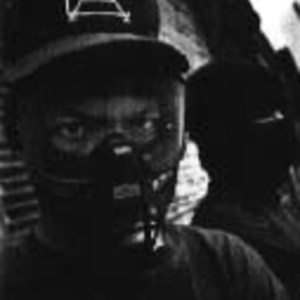 Detroit techno legend "Mad" Mike Banks has been an indelible force in the Motor City underground for over a decade. As a founding member of Underground Resistance, he's contributed to the '90s renaissance of Detroit techno that has rebuilt the stripped-down hardness of the music from its historic roots (and shuttled artists such as Kenny Larkin, Drexciya, and Jeff Mills to acclaim in the process).

He's also reunited American urban dance music with an element of political immediacy and social commentary unseen since the early days of hip-hop, and previously never a big part of techno in anything other than an implicit sense. Forming UR in the late '80s as an uncompromisingly independent outlet for music imbued with a critical, at times oppositional edge, Banks, together with partners Jeff Mills and Robert Hood (both of whom, together with Banks, defined the early UR catalog), built UR into an internationally recognized and respected name. Although Mills and Hood left UR in 1992 to pursue DJ and production opportunities elsewhere, while Banks has stuck it out with UR, rebuilding the roster with artists such as Drexciya and Sean Deason and continuing to record solo under the UR name.

Musically, Banks' roots lie in the early Detroit techno and Chicago house of the mid-'80s, particularly artists such as Derrick May, Juan Atkins, and Marshall Jefferson, as well as the experimental synth-pop of Kraftwerk, Gary Numan, and Yellow Magic Orchestra. Banks was a part of the vocal house / garage crew Members of the House, and produced a series of 12" with the group before defecting in the late '80s to form UR with Mills (who he met through the latter's radio show) and Hood. Through that connection, Banks' music took on shades of acid and industrial, with a harder, more driving feel. More recently, Banks' style has gotten darker and more syncopated, with some releases recalling the early electro of Cybotron and Channel One tracks like "Clear" and "Technicolor".