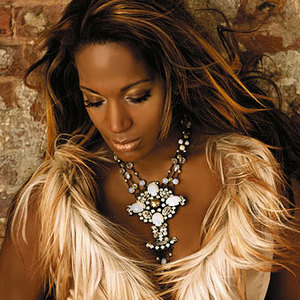 Lutricia McNeal was born and raised in Oklahoma City, Oklahoma. She comes from a large family - Lutricia is the seventh of nine children. Her father is a preacher and she used to sing regularly in the local church choir. Her career took off during a visit to Europe, when she teamed up with the Swedish producer team Rob'n'Raz. Together they scored three TOP 15 hits and one No 1 hit in Sweden, namely "Clubhopping" (Sweden: #13), "Bite the Beat" (Sweden: #14) and "In Command" (Sweden: #1).

A few years later she started her own solo career with the No 1 single "Ain't That Just The Way," which made her famous worldwide. The song is still considered one of the most important dance hits of the 1990s. It was a Top 10 chart hit in every European country and even cracked the Asian market and became a No 1 hit on US Billboard Dance Charts. The single went gold and platinum in several countries.

A couple of more hit singles followed from the debut album "My Side Of Town." The biggest airplay hits from this album are surely "Stranded" (No 1 airplay hit in the UK) and "Someone Loves You Honey." While McNeal enjoys regular success in Sweden, Scandinavia and Austria, she also scored big hits in other countries. Her single "My Side Of Town", for example, went platinum and was a No. 1 hit in New Zealand. She managed to have three Top 10 hit singles in the UK.

Another album followed in 1999 entitled "Whatcha Been Doing" before she took a short break from the music business to give birth to her second son.

She is the mother of two kids: Dean (*1991) and Dallas (*2000). She lives with her husband and manager in Texas, USA but spends a lot of time in Europe to be available for tours, promotion and concerts. Since the late 90's she has released several albums, which were particularly successful in Sweden, Germany and Japan. In October 2004 she posed for the German version of Playboy magazine. She expresses her disapproval for George W. Bush and his policies (especially regarding the Iraq War) very clearly in interviews and is very involved in women's rights.

Her most recent success were the singles "It's Not Easy" (in September 2005), which was released in Sweden only and reached No 3 on the Single Charts, and "Best Of Times" (in February 2006) which reached No 6 on the Swedish Single Charts.

Simply The Best Of CD2

Simply The Best Of CD1