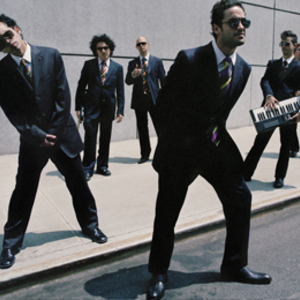 .a "Catire" (bass), and Juan Manuel Roura a.k.a. "Mamulo" (drums, percussion). They played in clubs around Caracas for the next two years and then relocated to New York in 1997. David Byrne's Luaka Bop label signed the group and released The New Sound of the Venezuelan Gozadera in 1998. Two years later came their third release, AREPA 3000: A Venezuelan Journey into Space. In 2003 they released their masterpiece, "The Venezuelan Zinga Son, Vol. 1" (Luaka Bop released the album in 2004 in the U.S.) which was nominated for the Latin Grammy in the category of best Alternative Latin Album. 2005 saw the release of their collection of obscure venezuelan covers, "Super Pop Venezuela" in their native country and released independently on 2006 in the U.S.A. through their very own record label "Gozadera Records". "Superpop Venezuela" was also nominated for the Grammy in 2007. Currently Los Amigos Invisibles are constantly touring the globe and producing their upcoming album.

In May 2008 Los Amigos Invicibles released "Una noche tan linda como esta" a live recording from their 15th celebration concert at Universidad Central de Venezuela's Aula Magna on Feb 14, 2006. The set consists of two CD and a DVD of this concert.

Arepa 3000 - A Venezuelan Journey Into Space