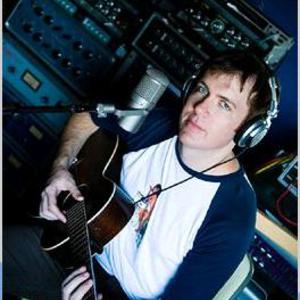 Ever since the early Sixties and the arrival of a youngster called Brian Wilson, California has been the global powerhouse of melodic sunshine. Pop made here is officially sunnier, brighter, lighter and Smile-ier than anywhere else on Earth, so if you're going to use this as your creative base, you've got a lot to live up to. Linus of Hollywood loved LA's musical legacy so much, he not only named himself after its glitziest quarter, he gave his heart and soul to the place too.

Linus of Hollywood loved LA's musical legacy so much, he not only named himself after its glitziest quarter, he gave his heart and soul to the place too. Those smitten by Linus' recorded output thus far - all three albums of it - cherish his totally un-cynical love of pure pop music, laced (more often than not) with honey-soaked harmonies, witty - sometimes caustic - lyrics, and infectious hooks. In many ways he's the embodiment of the Californian dream that probably only exists in our imaginations. His songs constantly evoke the unmistakable spirit of the West Coast -- not bad for someone who grew up thousands of miles from the Golden State.

Linus of Hollywood is, in fact, Kevin Dotson, a Midwesterner, whose dad was a US Air Force officer. Born in 1973 in Omaha, Nebraska, his early life consisted of being shunted from one air base to another, as Dotson Snr's career demanded. After discovering the delights of sleepy backwaters such as College Station, Texas; Ames, Iowa; and Belleville, Illinois, he ended up in Satellite Beach, Florida - so named because it was near NASA's Cape Canaveral launch pad, and space debris often washed up on the shore.

Until now, the soundtrack to young Kevin's life had been The Police (authors, appropriately enough, of the intergalactic hit Walking On The Moon), Adam and The Ants and the not-often heralded UK reggae outfit Musical Youth (he still owns two of their albums!). But the move to Florida signaled a shift in the increasingly bored teenager's tastes. Large doses of Heavy Metal, plus smaller prescriptions of New Wave, became the new order of the day - and this unusually motivated adolescent spent much of his free time mastering several musical instruments, including guitar, bass, piano and drums.

He also discovered he had a knack for songwriting too...

"As I grew as a musician and songwriter, I discovered the classic pop sounds of the Beatles, Beach Boys and Zombies, and that totally shifted my musical path," says Linus.

But the times they were a-changin' - and not in the way that suited anyone with a sudden taste for the Beach Boys. Frustrated by the riff-obsessed, melody-light 90s grunge scene, and demoralized by flogging his guts out as a musician but getting nowhere, Kevin went west in 1994 - to California - hoping to find musical salvation. He was particularly inspired by the way that bands such as Weezer and Green Day were successfully combining the heavy guitar sound he grew up loving with a 60s-style pop ethic. He quickly formed a band, Size 14 (named after his shoe size), who modeled themselves on the Weezer punk-pop formula and changed his name involuntarily to Linus.

"I was wearing a lot of striped shirts (I suppose I was copying the Beach Boys and Jellyfish)," he explains. "Some guy was making fun of me and said I looked like I was dressing like someone in the Peanuts cartoon. So he started calling me Linus and introduced me to a bunch of people as such. At first it was annoying, but it stuck.

Within a year Size 14 were packing venues all over LA and, in 1997, signed a major label deal with Zoo Records. For a while it was all going swimmingly - they recorded an album with producer Mike Clink (Guns'N'Roses, Megadeth) and toured relentlessly as their single "Claire Danes Poster" flew off shelves. The big time was tantalizingly close until Zoo imploded and Size 14 were dropped, their album doomed to die an un-promoted death.

But then came a lucky break - through industry contacts, Linus was asked to add guitar to the rock remix of Puff Daddy's "It's All About The Benjamins" and suddenly a buoyant career as a session musician, engineer and producer opened up. Further rock remix sessions with Puff Daddy (now Diddy of course) were to follow over the next couple of years, including the "P.E. 2000 Rock Remix" - Linus even appeared in the video, alongside Public Enemy's Chuck D and Run DMC's Jam Master Jay. He also played on the Lil' Kim track "Single Black Female" and on the remixes of Smashing Pumpkins singles "Adore" and "Perfect". He even guested on the Ol' Dirty Bastard track "Dirty and Stinkin".

Inevitably, though, it was his own stuff Linus wanted the world to hear, and wary of falling into the clutches of a major label again, he began work on his first solo album in the comfort of his bedroom recording studio. The cheekily-titled "Your Favorite Record", released on indie label Pop Squad in 1999, was a gem. Unashamedly 60s influenced, it was wondrously at odds with most indie pop of the day, but it became a guilty pleasure (long before the term was coined) for thousands around the world - selling mainly by word of mouth. In the States the album is now regarded as an underground classic, but sales were best in Japan - always a discerning market for pop confection. Comparisons to the song writing styles of greats such as Brian Wilson, Paul McCartney and Harry Nilsson - even Gilbert O'Sullivan! - were rife.

Apart from a cello here or a handclap there, Linus played almost everything on the record himself. It was also mainly self-penned, although Linus paid generous tribute to one of his musical heroes, cult 60s songwriter Margo Guryan, by covering two of her songs "Sunday Morning" and "Shine" (she played piano on the latter, and wrote the album's liner notes). Their relationship endured and they have since become friends.

In 2000, Linus started his own label, Franklin Castle, thrilled to have discovered an audience hungry for his kind of music. He started to sign like-minded artists to his label, including the hilariously ironic crooner outfit The Mello Cads, and former Dreamworks singer-songwriter Kim Fox. Franklin Castle?s first release was a re-issue of "Your Favorite Record", closely followed by Margo Guryan's "lost" 1968 masterpiece "Take A Picture".

Enthused by the positive reception his debut received, Linus followed it in 2001 with "Let Yourself Be Happy", another near-flawless record that if anything was even slicker and sweeter than his first. Reviews were equally ebullient, and the record?s warm consistency almost concealed the fact that it contained a cover of Ozzy Osbourne's "Goodbye To Romance."

Thereafter, Linus buried himself in numerous collaborations with other artists. His work as co-writer, musician, producer and engineer on Kim Fox?s sumptuous 2003 album "Return To Planet Earth" got him noticed by many US majors, and he was hired to collaborate with other artists. One of his first pairings was with Tim Burgess, the charismatic front man of the Charlatans UK, who had recently relocated to LA. Burgess?s polished solo album "I Believe" was produced - and mostly co-written - by Linus, and recorded in his bedroom! It sold well, reaching the Top 40 in Britain.

A year later, Linus was again back in the British charts by proxy when "Try Again Today", a track he helped write for the Charlatan UK?s album "Up At The Lake", was a Top 30 hit. The single reached No.1 on the airplay chart of Europe?s most-listen-to radio station, BBC Radio 2. Around this time he also re-mixed two huge dance smashes - Jennifer Lopez?s "Baby I Love You" and "Style" by British club trio Mis-teeq.

Although Linus had started work on his third solo album in 2003, he found himself constantly sidetracked by lucrative offers by major labels eager for him to do developmental work with various new signings. He also notched up a few thousand air miles, touring the world as bass player for Heavy Metal guitar hero Paul Gilbert (Mr. Big/Racer X) and Pop genius Roger Joseph Manning, Jr. - occasional member of Beck?s band and co-founder of the sublime Jellyfish. Between these trips and projects, Linus poured more time and energy into his label Franklin Castle, co-producing an album called "Parador" for Minneapolis power pop legend Wisely.

"Before I knew it, it was 2006 and I still hadn't had a chance to finish my album, so I just blocked out several months and worked non-stop until it was done," says Linus. "Most of the album was written this year. There were only four songs that made the cut from the original 2003 album."

Just before the new record's release, Linus co-wrote the song "Magic Music" with Japanese pop star Kaela Kimura. The single quickly shot up to the Top 10 on the Japanese charts, and the hit song was later included on Kaela's #1 album "Scratch".

It was a positive omen for the eventual arrival of the magnificent "Triangle" in the fall of 2006. Linus?s third album - recorded at Franklin Castle?s newish state-of-the-art studio - is a self-assured mini masterpiece that is getting noticed well beyond his ravenous following. Staying true to the Linus blue print of timeless, irresistible melodies topped with harmonies designed to make those little hairs stand up, it?s nevertheless a more mature-sounding album than its two predecessors. Among the guest musicians featured on "Triangle" are Roger Joseph Manning, Jr and Probyn Gregory (Wondermints/Brian Wilson?s touring band) - no strangers to brilliant pop themselves.

"Linus of Hollywood is neither embarrassed nor ashamed to be a commercially viable artist," one reviewer astutely observed. "Despite the fact that he is currently playing to an underground fan base, his music could easily be appreciated be millions of listeners around the world."

But the faithful have known that for years.

Chris is a London-based journalist who specializes in TV, music and popular culture. He?s the author of XTC: Chalkhills & Children - The Definitive Biography; The Stranglers: The Men They Love To Hate; and co-author (with Kerry Doole) of Crowded House: Private Universe.

Let Yourself Be Happy