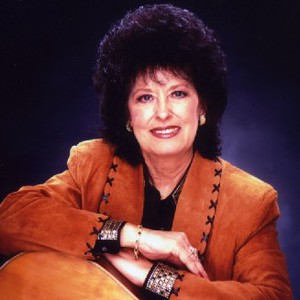 There are at least two artists with this name: 1) Leona Williams was destined to become a Country Music Entertainer. She landed her first radio show at the age of 15. The program "Leona Sings" in Jefferson City, Missouri, was the beginning of a lifetime of entertaining people. That journey would take her all over the world and allow her to sing before thousand and thousand of Country Music fans all over the world.

1) Leona Williams was destined to become a Country Music Entertainer. She landed her first radio show at the age of 15. The program "Leona Sings" in Jefferson City, Missouri, was the beginning of a lifetime of entertaining people. That journey would take her all over the world and allow her to sing before thousand and thousand of Country Music fans all over the world.

Leona moved to Nashville from a small town in Missouri called Vienna in the 1960's. With a lot of hard work, she was soon recording for several major record labels including Hickory Records, RCA, Polygram and MCA with such hits as ?Once More? ?Yes Ma'am, He Found Me In A Honky Tonk? ?Country Girl With Hot Pants On? and ?Broadminded.? Leona was also traveling worldwide and opening shows for some of country music's top entertainers and making personal appearances at the Grand Ole Opry in Nashville.

Leona played upright bass and sang harmony for Loretta Lynn. During this time, she and Lynn became close friends and traveled throughout the country with each other. Loretta recorded Leona's composition "Get What You Got and Go."

Leona later teamed up with Merle Haggard for a top ten duet called ?The Bull and the Beaver? and a duet album followed called HEART TO HEART. Leona and Merle married in 1978. During this time, she would write some of Merle's biggest hits including ?You Take Me For Granted? and ?Someday When Things Are Good.? You can hear her harmony vocals on some of Merle's hits such as ?The Way I Am? ?The Roots Of My Raising? and ?Big City.? Merle and Leona were divorced in 1984.

Leona married songwriter Dave Kirby and moved back to Vienna, Missouri. She continued to work the road and released three successful independent projects on her own Loveshine label. Leona made frequent guest appearances on Nashville Now and various other syndicated Country Music programs. She also headlined a daily Country Music show at the Texas Troubadour Theater in Nashville with Johnny Russell.

In 1999, Country Music legend Jean Shepard persuaded Leona to become part of the ?Grand Ladies of Country Music? show at the 76 Music Mall Theater in Branson. Leona worked three years on this show and then moved to the Jim Stafford Theater as part of ?Us Girls.? She then headlined the ?Fall Creek Opry Show? in Branson, while still being a constant draw in concerts across the nation. She even worked with "The Rajun Cajun" Doug Kershaw in Branson in the 2004 season.

Leona also headlined a very successful tour of Ireland, playing to some of the most receptive audiences of her career in October of 2004. She received six encores on her last night in Ireland with fans lining up for over an hour to meet and get her autograph.

Leona signed with Heart of Texas Records in 2004, and began preparing her first new album in nearly a decade.

?I always wanted to go to Texas and record an album with a lot of the real Texas Country Music sound,? Leona said. ?I wanted an album with lots of steel guitar and great fiddle. This is the sound that I wanted to capture and I truly believe that is what we did.?

?Leona Williams-Honorary Texan? is the first all new Leona country album in over ten years. The project, recorded at Justin Trevino studio in San Marcos, incorporates Leona's powerful voice with some of the best musicians in Texas including Bobby Flores on fiddle, Ron Huckabee on keyboard, Dave Kirby on guitar, Dickie Overby on steel, Justin Trevino on bass, Smiley Reynolds on drums and Levi Mullen on rhythm guitar.

The fourteen songs on the project include three standards from Leona's career including ?Yes Mam, He Found Me In A Honky Tonk? ?Goodbyes Come Hard For Me? and ?You'd Be Home By Now.?

?Honorary Texan? is highlighted by six songs unrecorded until this project including ?Dance Till The Cows Come Home? ?Don't Leave The Leaving Up to Me? ?I've Called To Say I Love You (One More Time)? ?Don't Sing Me No Songs About Texas? ?Things I Almost Had With You? and ?I Walked From Dallas.?

?I actually wrote ?Don't Sing Me No Songs About Texas? in the late 1970's,? Leona said. ?I had written several songs about Texas. Ernest Tubb was looking for some songs to record for a new album. Ernest sent word to me to send him some songs. He said ?tell Leona to send me some songs, but tell her not to send me no songs about Texas.' I thought that was a great idea for a song!?

Leona added five of her favorite Country Music standards including ?Arms of A Fool? ?I Never Go Around Mirrors? ?Memories To Burn? ?Nobody's Darlin But Mine? and ?Misery.?

?We are so honored that Leona was willing to record this album on Heart of Texas Records,? label president Tracy Pitcox said. ?We have been overwhelmed with the positive response with the project from disc jockeys and record reviewers throughout the country. The album is definitely not the ?cookie cutter? country album that is being mass produced from Nashville studios. This project has tremendous depth and feeling.?

"San Quentin's First Lady" was the very first album ever recorded by a lady inside a prison. It is also the first time this project was made available on compact disc.

Leona went back into the studio in February 2005, to begin work on a new studio album. It was also recorded at Justin Trevino's studio in San Marcos, Texas. Heart of Texas released "I Love You Because" in 2005, and it has received rave reviews. The album features nine songs that Leona wrote or co-wrote and Country Music entertainer Junior Brown even played guitar on the project.

Leona's greatest treasures are her family. She is especially proud of her daughter Cathy Lee and her sons Ron and Brady Williams. Cathy works in a Hendersonville bank and still sings harmony with her mother from time to time. Ron is living in Nashville and pursuing a full time career as a Country Music entertainer. Brady is a very successful finance manager for a large auto company in Ozark, Missouri.

Whether in a recording studio, dance or concert hall or on stage at the Grand Ole Opry, Leona Williams always gives her very best to her fans and her music. She definitely presents a special class to the world of Country Music.

2) Leona Williams was an early jazz artist who recorded with "Her Dixie Band" from 1922-23. Her best-known recordings include "I Wish I Could Shimmy Like My Sister Kate" and "Cruel Daddy Blues." In 1997, Document Records released her complete recorded works, on a compilation with the complete works of Edna Winston.

I Love You Because