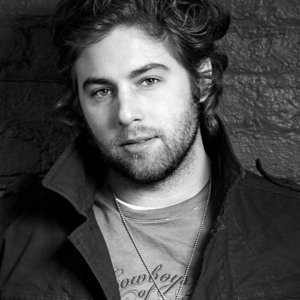 Alex Nackman (born October 20, 1983) is a New York City-based singer, songwriter, and guitarist. He grew up in Sleepy Hollow, New York, along the Hudson River. Having played the guitar since he was 11 and been trained classically as a violinist since he was 6, Nackman has had plenty of opportunities to hone his musical abilities. He started writing, recording, and touring with his own original material at age 18, while pursuing a B.A.

in Government and a minor in French at Franklin & Marshall College in Lancaster, Pennsylvania. He released his solo debut, Good Impressions, in 2003. It showcased raw solo acoustic songs recorded at Nackman's home studio in New York. The release was received well by critics in the Northeast (Peter Royer at 'Fly Magazine' ? 2003, Phila.), but it didn't gain national exposure.
In the Fall of 2004, Alex released Stages EP, a short collection of songs recorded live and solo acoustic from dates in Atlanta, Philadelphia, and New York City. He continued touring, visiting Europe that winter, where he landed opening and headlining spots at venerable rooms in Italy and the United Kingdom.
In June 2005, Alex released a full-band album, A Boy Who Thought He Knew on his own indie label, Long Road Records, which is based in Chelsea in Manhattan. The release was produced by David Shaw (Van Morrison/Etta James/Jerry Garcia) and recorded in Philadelphia. The album also includes guest performances from former Ray Charles bassist Steve Beskrone and Amos Lee drummer, Fred Berman.
After a 30-city U.S. national tour and a 5-city UK tour in the summer of 2005, supporting the new release, Alex returned home, having gained considerable press and attention worldwide. He is currently working on his 4th release, "Sunrise Falls," in New York, which is set for an October 2006 release.

A Boy Who Thought He Knew