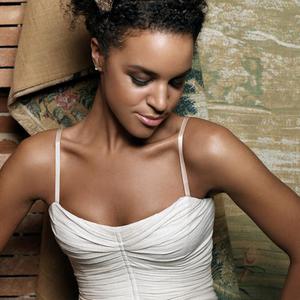 A beautiful pianist with an unbelievably soulful voice. Laura Izibor (born May 1987) is an Irish R&B Singer from Dublin, Ireland who won the Jacobs/2FM song contest while still in secondary school. She went on to win a Hope for 2006 Award at the 2006 Meteor Music Ireland Awards. She also performed at that year's Electric Picnic and Music Ireland '07. Her single Shine was the lead track for the movie Nanny Diaries, is currently used in the Hibernian Aviva commercial in the Republic of Ireland and in the Norwich Union (soon to be Aviva) commercial in the United Kingdom.

Laura has opened for Aretha Franklin, Estelle and John Legend on tour. Her debut album "Let The Truth Be Told" is to be released in Ireland on May 15th, 2009.

Let The Truth Be Told