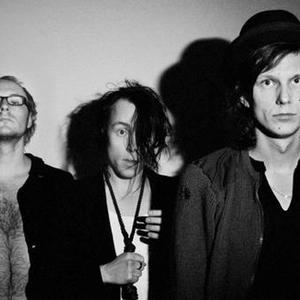 Do you want to know what love is? (Foreigner) Lapko will not show you. BARE What is love? (Haddaway) Baby, this might hurt you. In love you are as naked as a firstborn baby's buttocks. You are vulnerable as hell. Who you love reveals more about you than anything. In love you are the man/woman you want to be. And nothing stands in your way. Until your heart is broken. These three guys call themselves Lapko and hail from Finland. On their third album, Young Desire (Fullsteam, 2007), they nailed the relentless pressure pumping in their pants, which makes boys boys.

Lapko will not show you.

What is love? (Haddaway)

In love you are as naked as a firstborn baby's buttocks. You are vulnerable as hell. Who you love reveals more about you than anything. In love you are the man/woman you want to be. And nothing stands in your way. Until your heart is broken.

These three guys call themselves Lapko and hail from Finland. On their third album, Young Desire (Fullsteam, 2007), they nailed the relentless pressure pumping in their pants, which makes boys boys. Now the fifth album, ???? (Fullsteam, 2012), gives a glimpse how those virile boys on the verge of greatness become thirtysomething men on the verge of nervous breakdowns. The time before they got together to make the record was one for naked reflection to figure shit out.

"We got to the point where we really had to think whether this is what we want to be doing. And we had to figure out if we can find the desire to do this from somewhere else than the girl standing in the front row - and it'd be easy to find it in her," says Malja.

They felt like their backs were against the wall with the whole world was against them. They let out the rebel yell united against the world. And so ???? grew from self-imposed isolation, which embraced all the twisted forms of love.

"Making this album felt good. It was easier than any other time. But for the first time I don't remember anything about it - usually I remember what each part was like to play. Now it was just a storm of playing," Heikkonen describes.

"This is what we are. Lapko is now ????. We've turned love the wrong way around," Nordberg emphasises.

Lapko's career from The Arms (Jukeboss, 2004) to ???? has been one of becoming more brave, more vulnerable, more grown up. Dearest Lapko, y'know what?

You're as vulnerable as hell now, man.

This is no ordinary love. (Sade)

Accept every cliche about love.

The whole story about love in one volume? Sorry, that would mean all the music, literature, art and whatever has been aiming to capture love since people started sharing their inner life. Not even Shakespeare could put all that together, even though he did his part as have done Elvis Presley and Hanoi Rocks a bit later. And so has Lapko.

"Love is so big - it's everything - that even we start to be defensive about it. We can't handle such a big piece of cake, it'd be a life's work," Malja notes.

When you start talking about love in a land whose men are described as ones who "don't speak, don't kiss", you accept that it's all been said before. And it's all true. You only need to fall for it once to realise it. So it figures that Lapko recorded ???? in hippie cliche love capital, Woodstock, NY, U.S.A. where people still open their hearts up to strangers waiting for a better tomorrow in roadside diners. D. James Goodwin repeated his stint as producer from the previous album, A New Bohemia (Fullsteam, 2010), which was a look inside and became an instinctive explanation of where the world is heading. Now Lapko look deep into the heart to hear the soul. We shit you not.

Lapko's love is no ordinary love. It ain't honey, rose petals and valentine hearts. To quote Friends Are Flowers, making that moist, bloodsucking heart beat is ice-cream, flowers and pussy.

I wanna taste you but your lips are venomous poison. (Alice Cooper)

Love doesn't care what you think.

Some bands are such pussies that they would never even release songs with titles like Friends Are Flowers or Love Is Sick and Wrong. That's saying something. If you scratch beneath the surface there's the gradual rise of Friends Are Flowers from a steady grumble to an anthemic verse and the upbeat explosion into a pop climax. And the dramatic build-up of Love is Sick and Wrong from balancing on a wobbling ladder to running toward the goal-line holding pieces of a broken heart.

There are moments, when the listener has to look oneself in the mirror and to say out loud: "Man, this is heavy metal." Well, not completely. Because the vulnerability adds something else to it. The metal bit is the courage beating within the band while the bareness is the indie kid thrashing around in Lapko wanting to share its conflicted emotions. It's real, really.

"????, Coca-Cola and the Olympics - it's all part of the same but I don't know how, there's got to be something there," Nordberg says.

One day we'll figure out what it means.

What is there left to say.

This ends here. You can open your eyes now.