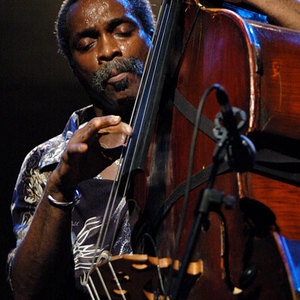 Alex Blake was born in Panama where, as a child, he enjoyed the infusion of cultures common in Central America. Acting as a bridge between North and South America, Panama captures a little bit of each culture passing through. It only follows that as one of the building blocks to his character, this environmental influence would later be echoed in his uncanny ability to play every style of music. Alex moved with his family to the United States when he was seven years old, and continued to be influenced by his environment, which this time round was Brooklyn, New York.

Alex's first instrument was the trumpet, for which he developed a real flourish. His father, also a musician, experienced a very strong premonition through a dream a few years later. His dream told him that his son's future would be with the bass, and that it would take him all over the world.
With that, Alex's father became his first bass teacher. Between his fathers' instruction and his own natural and incredible reach for expression, Alex started his reputation for blowing people away with his talent.

Alex began playing professionally by the time he was twelve.
Alex's education did not end with success on the bandstand however.
He continued to study privately with some of the great teachers of stringed instruments, composition, theory, as well as arranging. Reggie Workman and Harry Constant at The New Muse in Brooklyn, Melonie Punter and Akua Dixon at the String Reunion and composer / recording artist Richard Davis all helped to hone Alex's already accomplished and individual style.

Alex began to collaborate creatively on the inception of some of the more recognized Afro-Cuban, Puerto Rican, and Latino Jazz artists including Mongo Santamaria. Machito (Maria Bauza), and Celia Cruz to name a few.

By the time he was sixteen, Alex had reached the epitome of "outside" success by touring and recording with Sun Ra. From there, at the ripe old age of seventeen, Alex had moved on to play with Dizzy Gillespie, which catapulted the demand for his presence to an international basis.
The calls poured in from Freddie Hubbard, McCoy Tyner, Randy Weston, Pharoah Sanders and many others who desired his inventive interpretations on the bass.

After becoming one of the major players of the fusion movement in the late 70's (as evidenced in his writing and performances with Lenny White and Billy Cobham), Alex established himself as a drummer's bassist.
His range and ability to flow between melodic, and extremely rhythmic playing, enabled all-star drummers to express themselves without having to worry about keeping somebody else's time.

Many who work with Alex consider him an entire rhythm section on his own. With his evocation of rhythm guitar and steady drumming, along with lyrical bass lines emanating from his own two hands.
If one counts the occasional scat singing over some of his solos, one might be inclined to call him the whole band and give him the horn chair as well!

A perfect example would be of Alex's work with Randy Weston, who has changed the parameters of Afro-centric jazz with Alex's unlimited style by freeing up the rhythm section to work with only a hand percussionist.
The band moves between complex polyrhythm and swing in a flawless manner, never losing the groove.
In essence, by it's sound; the band's music explains the infusion of African influences that, throughout America, became jazz.
The swing of it is firmly in the hands of the bass that walks right into flamenco riffs: global consciousness in a chorus.