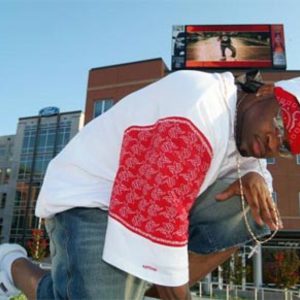 Robert Cooper, aka "Koopsta Knicca", was a member of the Memphis, Tennessee rap group Three 6 Mafia. He is characterised by his fast rap, which made him one of Three Six's most recognized and lauded MCs. Koopsta Knicca, and several other members (Crunchy Black, K-Rock, T-Rock, Gangsta Boo, MC Mack, Kingpin Skinny Pimp, Playa Fly, and La Chat), left the group, citing monetary disputes. Those who quit have frequently been the subject of verbal attacks by their erstwhile bandmates and a related group, Hypnotize Minds.

As of now, Koop is in prison for armed robbery against fellow member, Justin "Lil' J" Thurman. He is now a part of the New Prophet Camp. He is known for his fast explicit satanic verses. He has made a album called Da Inevitable.A MURDA 'N ROOM 8 was released August 28th 2010 and he Also Has DA DEVILS PLAYGROUND II in stores JUNE 7th 2011