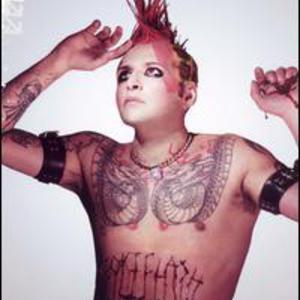 DJ Keoki (born October 22, 1966, Keoki Franconi) is a trance musician who was born in El Salvador (many say he was born in Panama), and raised in Maui. Although he has many nicknames, most of them were created by himself. Among them are: "The Bad Boy of Techno", "The It Boy", "The Pied Piper", "The Mixmaster", and "The God of Techno". Franconi grew up in Maui, Hawaii. As a young man he moved to New York City, where he met Michael Alig.

Franconi grew up in Maui, Hawaii. As a young man he moved to New York City, where he met Michael Alig. Keoki was Alig's boyfriend as Alig rose to international fame as the head of "the Club Kids" gang, a group of diverse partygoers who would dress up in different costumes every night and form parties in New York and all over the United States. Franconi performed as a DJ during the parties. Often, he, Alig and other club members would catch a flight across the country just to attend "club" parties. Club members also included celebutante author James St. James - and Angel Melendez, who supplied the group with drugs.

DJ Keoki and Alig both developed expensive drug habits and began to grow apart. Alig's drug use caused him to become indebted to drug dealer Angel Melendez, whom he later killed, with the help of close friend Robert "Freeze" Riggs. Subsequently, Alig became a fugitive from the law, breaking all ties with Franconi.

Franconi went on to have a successful career as a musician during the 1990s, releasing a number of CDs over that decade. He still likes to dress extravagantly, wear makeup, and he sports a good number of tattoos.

He is presently touring the United States and Europe with three other DJs on the [Club Party Monster Tour], a tribute to both the Party Monster movie as well as a nod to the Club Kid scene that shot him into stardom. The tour began in November, 2006 and according to the tour website, it "has no specific end-date. This could go on for years if we let it."

He was portrayed by Wilmer Valderrama in Party Monster, a biopic about Alig.