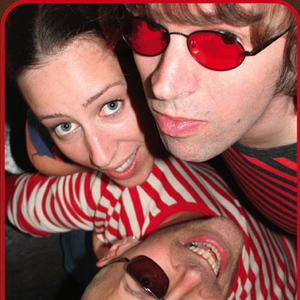 Throw the melodies and harmonies of the 60s up in the air, smash them into submission with the full-on attack and energy of punk, add a distinctive vocal style a la Costello or Tilbrook, and you have Kelly's Heels. Led on guitar and vocals by Bob Kelly, supported by the ferocious drumming of Jim Kimberley and the groovy bass lines of Isobel Morris, the band has a live show you can't afford to miss.

Though you can hear the influences of the British greats - The Beatles, The Kinks, The Who - in the music, the band blends those influences into a mix that is both highly contemporary but also timeless, producing a rich variety of stunning songs. Whether it's the energy and punkish swagger of Decide, or the heart-rending poignancy of the ballad Walk Alone, the versatility of Bob Kelly's songwriting is a revelation.

Londoner Bob Kelly formed his first band with classmates at school in England at the age of 9. His first band The Ashes gigged regularly around London playing a fast-and-furious brand of post-punk power pop. Following a band name change to Kelly's Heels, Bob met Jim Kimberley, whose ability to match and, in some cases, challenge, on drums the relentless pace set by Bob on guitar, has led to a positive creative partnership. The addition of the beautiful Isobel Morris on bass and backing vocals completes the line-up. The versatile Mr Kelly has also recently provided guitar contributions to the BBC3 comedy series Thieves Like Us, and will also soon be heard on backing vocals on the forthcoming new Rinaldi Sings album.

The band currently have a brand new album, Playing Into Your Hands, available now! Buy from the Heels Store on this site or from CD Baby, KoolKat, iTunes, and many more.

Neither Use Nor Ornament