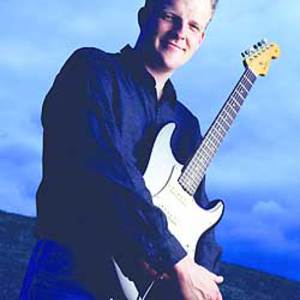 Biography by Steve Leggett Albert Cummings was born in Williamston, MA, and has made his home in the New England region all his life, where he runs a successful home construction business. He started playing the five-string banjo when he was 12 and appeared headed for a regional career in bluegrass when he encountered the music of Stevie Ray Vaughan in his late teens, and soon made the transition to electric guitar.

His first public performance on guitar came at a wedding reception when he was 27 years old, but soon he was on the Northeast blues circuit with his band, Swamp Yankee, and an independent CD, The Long Way, was released in 1999. A chance encounter with Vaughan's old band, Double Trouble, led to Cummings' first solo record, From the Heart, which was recorded in Austin, TX, and featured Cummings fronting Double Trouble. The record was self-released by Cummings, but was soon picked up for distribution by Under the Radar and released in 2003. Cummings' soulful and explosive approach to blues and rock caught the attention of Blind Pig Records, which signed him to a multi-album deal. His debut album on the label, True to Yourself, was released in 2004. He has since shared the bill with B.B. King, Buddy Guy, Charlie Musselwhite, John Hammond, Susan Tedeschi, Tommy Castro, Chris Duarte, Bernard Allison, the Neville Brothers, the Fabulous Thunderbirds, Sheryl Crow and Duke Robillard. He released his third album, Working Man in 2006.