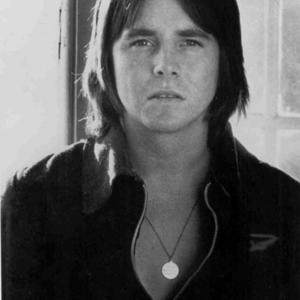 1. John Paul Young, is an Australian pop singer, known primarily for his worldwide hit Love Is In The Air. Born on June 21, 1950, in Glasgow, Scotland, his family relocated to Sydney when he was aged 11. After forming the band Elm Tree with schoolmates in 1967, he was discovered by renowned talent manager Simon Napier-Bell, who convinced his to sign as a solo artist with Albert Productions. It was here he began his long association with songwriters and record producers Harry Vanda and George Young of The Easybeats.

He had his first chart success in Australia with the song Pasadena, which reached #16 in 1972. Following two years as a cast member of the Australian production of Jesus Christ Superstar, which further boosted his profile, he released his debut album Hero in 1975. The album reach #9, and lead single Yesterday's Hero became his first hit outside Australia, reaching the top ten in Europe, Asia and Africa, while hitting #42 in the USA. He continued to have moderate success with his next two albums, before his career peaked in 1978, following the release of Love Is in the Air, whose title track became a worldwide hit, peaking at #2 on the Australian charts, #7 in the USA, and #5 in the UK. His career gradually faded thereafter and he retired from singing in 1989 to concentrate on his secondary career as a disc jockey on morning radio.

In 1992 though, the worldwide success of Baz Luhrmann's film Strictly Ballroom, which featured a remixed version of Love Is In The Air, catapulted the song back into the limelight to a new audience. With Young once again being played in clubs around the world, he came out of retirement. John Paul Young continues to be a a celebrated entertainment personality in Australia, and was inducted into the Australian Recording Industry Association Hall of Fame in 2009.

2. John Paul Young, is the leader and keyboardist of Canadian punk rock band Cardboard Brains, which was formed in 1976. In 1980 he released a new set of semi-autobiographical recordings, which he called The Life Of Ermie Scub, on which he played all the instruments. These are the dark tales of a presumably lonely boy, an errant genius who was clearly ahead of his time and lost in his own fantasies.

I Hate The Music

Love Is In The Air (CDM)