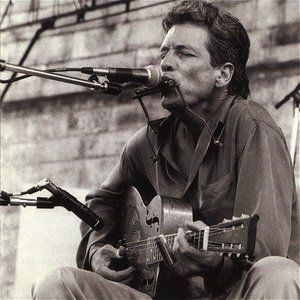 John Paul Hammond (born 13th November 1942), also known as "John Hammond Jr", is a blues singer and guitarist. He usually plays acoustic guitars and dobros and sings in a barrelhouse style. Since 1962, when he made his debut on Vanguard Records, Hammond has made 29 albums. In the 1990s he recorded for the Pointblank label. Hammond has earned one Grammy Award and been nominated for four others. He is the son of the legendary record producer John H. Hammond.

Although critically acclaimed, John Hammond has had only moderate commercial success. Nonetheless, he enjoys a strong fan base and has earned respect from the likes of John Lee Hooker, Roosevelt Sykes, Duane Allman, Robbie Robertson, and Charlie Musselwhite, all of whom have contributed their musical talents to Hammond's records. In addition, he is the only person who ever had Eric Clapton and Jimi Hendrix in his band at the same time, even if it was only for five days in the 1960s when Hammond played the Gaslight Caf? in New York. To his regret, they never recorded together.

John Hammond has had a longstanding friendship with songwriter Tom Waits, and has performed Waits' songs on occasion. In 2001, he released Wicked Grin, an album entirely of Tom Waits compositions. Waits himself provided guitar work and backing vocals as well as producing the project.

In Your Arms Again

Best Of The Vanguard Years

You Can't Judge A Book By The Cover