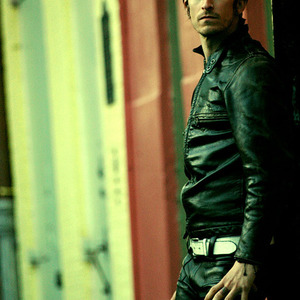 Jimmy Gnecco is a singer, songwriter, multi-instrumentalist, and front man for the band Ours. He was signed to Dreamworks in 1997 and Ours' first record 'Distorted Lullabies' was released in 2001 and produced by Steve Lillywhite and Gnecco. Their follow-up record 'Precious' was produced by Ethan Johns and was released in 2002. For their third record they would sign with Rick Rubin's label American Records. Rubin and Gnecco produced 'Mercy' which was released in 2008.

In 2010, Gnecco released his highly anticipated self-produced first solo acoustic effort, ?The Heart' and followed it in 2011 with the release of ?The Heart: X Edition' in which Gnecco built upon the intimacy of his solo album with a lush full band version of the record.

Ours and Gnecco have received worldwide acclaim from critics and fans for their live shows and for Gnecco's dynamic voice and songwriting style, and both have developed a cult-like following that continues to grow.
www.ours.net
www.jimmygnecco.com