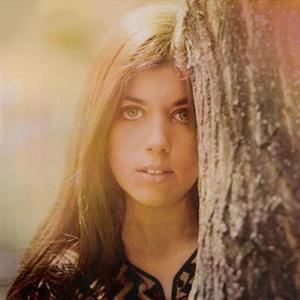 There are four singers known as Jeanette. 1. Jeanette Dimech, an English-born singer who sings primarily in Spanish. 2. Jeanette Biedermann, a multi-million selling singer and actress from Germany. 3. Jeanette, a singer from South Africa. 4. Jeanette Dwyer, a British singer active in the 1980s Jeanette Dimech (October 10, 1951 - ), who performs under the name Jeanette, is an English-born, American-raised singer who has resided in Spain since the age of 12.

1. Jeanette Dimech, an English-born singer who sings primarily in Spanish.
2. Jeanette Biedermann, a multi-million selling singer and actress from Germany.
3. Jeanette, a singer from South Africa.
4. Jeanette Dwyer, a British singer active in the 1980s


Jeanette Dimech (October 10, 1951 - ), who performs under the name Jeanette, is an English-born, American-raised singer who has resided in Spain since the age of 12.

Because of her grandparents' import-export business, she lived with her parents first in London, where she was born; and later in Chicago and Los Angeles, where she grew up. After her parents' separation at age 12, she moved to Barcelona, where her mother was from.

During the 1960s she learnt to play guitar and began to write her own songs. She styled her music after American folk music, and her idols included Bob Dylan, Donovan, and The Byrds. Later she joined the student band Pic-Nic as a singer, who in 1969 had a measure of success with a folk version of the Spanish children's song C&aacute;llate ni&ntilde;a. Other notable songs of theirs included Amanecer and No digas nada.

After the band split up at the end of the 1960s, she moved to Vienna with her husband, the Hungarian musician Laszlo Kristof. At the start of the 1970s, she began her solo career with her hit first single,Soy Rebelde (I am a rebel). It first enjoyed success in Spanish-speaking countries, and later broadened its influence with French and English versions. This song and others penned by Manuel Alejandro, such as El Muchacho De Los Ojos Tristes and Estoy Triste established her as an artist in Spain.

Her greatest success Porque Te Vas (Because you are leaving) was actually written by Jos&eacute; Luis Perales and remained relatively unknown at the start of 1974. Only when the song was used in Carlos Saura's 1977 film "Cria Cuervos" (Raise Crows), and the film went on be honoured at the Cannes film festival (Jury grand prize) and the Berlin Film Festival (jury special prize), did the song become internationally known and a hit. In Austria it reached number 13, in Switzerland number 4, and in Germany it even reached number 1.

Although after Porque Te Vas Jeanette never achieved similar international success, she continued singing relatively successfully in Spain (and to a lesser degree France) well into the 1990s.

Another artist using the name Jeanette is a South African singer. Her 2003 album ?Jy's my alles? features yodeling in Afrikaans and English.

Biedermann was born in Berlin in 1981 as the only child to Bernd and Marion Biedermann. At the age of six she began performing professionally on stage of the Circus Lilliput, appearing as a member of a troupe of acrobats. After her secondary school graduation she started receiving vocational training as a hairdesser. The singer discontinued her studies in 1999, however, after she participated in and won the Bild-Schlagerwettbewerb competition, winning out over 270,000 other contestants. She released her debut single, "Das tut unheimlich weh", soon after that. To date, it remains her only song performed entirely in German.

In 2000 she released her first English language single, "Go Back". The song entered the top 10 of the German single charts, making way for Biedermann's debut album "Enjoy", which was eventually certified Gold. Biedermann won an ECHO for best-selling "Female Artist National" one year later. Her second album, "Delicious", came out soon after, and it was certified Gold.

In 2002 Biedermann released her third Album Rock my Life which peaked at number 7 on the German albums chart and was eventually certified Gold. The album's lead single "Rock My Life" peaked at number 3 and also was certified Gold. Other singles which were released from the album are "It's Over Now" and "Right Now"; both songs peaked in the Top 10. Afterwards Biedermann started her second live tour Rock my Life.

Naked Truth was released in March 2006 and included contributions from her then boyfriend and guitarist J?rg Weissenberg. The album reached a moderate number 14 on the national albums chart and fell quickly out of the Top 50. The singles are charted over the Top 20. The third single Heat of Summer peaked at numer 50 in the German singles Charts. It was promoted by a short live tour, entitled Bad Girls Club, hitting eight cities throughout Germany.

In 2008 she was working on the new album. The album's direction went to electronic pop. In Early 2009, she finished working on her latest studio album Undress to the Beat. The disc is scheduled for release in Germany and Austria on March 20, 2009. International release dates are pending. The first single of the seventh album was"Undress To The Beat" and gets released on February 27, 2009. The song reached Top 10 in Germany. In the Euro 200 the song peaked at #69 as the highest debut of the week. The "Undress To The Beat" album went Top 20 and amounted to 5 consecutive Top 40 albums in her homeland, also scoring 2 further Top 20 hits with the afforementioned track and "Solitary Rose".

She went on to become an actress on the popular German soap opera Gute Zeiten, Schlechte Zeiten, where she played the role of Marie Balzer from 2000-2004. Biedermann's blossoming TV career only boosted her music career. Since August 2008 she has played the main role of Anna Polauke in the new TV series Anna und die Liebe, which has brought her further success within Germany.

Undress To The Beat CD1

Undress To The Beat CD11

Undress To The Beat CD2

Undress To The Beat CD21

Break On Through CD1

Break On Through CD2