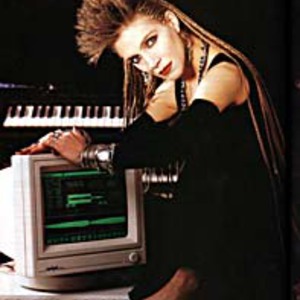 Jane Child (born on February 15, 1967 in Toronto) is a Canadian singer-songwriter, producer and musician best known for her 1990 hit song "Don't Wanna Fall in Love", which peaked at #2 on Billboard's Hot 100 chart for three weeks in the spring of 1990. Her follow-up single, "Welcome to the Real World", was a modest hit, peaking at #49. These originated from her eponymous debut, which peaked at #49 on Billboard's Pop Albums Chart.

In 1992, she contributed a track titled "Mona Lisa Smiles" to the soundtrack of Freejack, a sci-fi action thriller starring Emilio Estevez, which was included on her sophomore release, "Here Not There", one year later. This album was a departure from her debut, in that she mixed standard-issue new-jack with hard rock tracks, and using outside writers on a few of them.

Her modest success was ultimatley short-lived, but her biggest hit, "Don't Wanna Fall in Love", has found enduring status thanks to the Shep Pettibone remix which is often considered as one of the late 80's best Popular House records. Child is currently working on a new album, having been largely unsuccessful with obscure Japanese projects and movie soundtracks throughout the 1990s.

Jane Child resurfaced in the 2001 with her third album, "Surge." It included two single, "Almost Beautiful" and "Nice Day." While the album did not gain attention from the mainstream, it was touted as a welcome return by her supporters. While it was stated her fourth album was complete, there has yet to be a date set for its release.