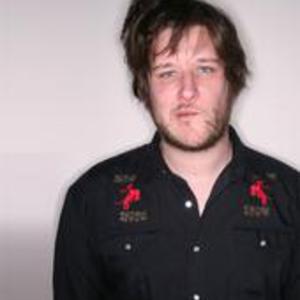 For his solo debut (out July 29, 2008), Tennessee-based James Jackson Toth has conjured a mysterious, alluring world peopled by characters that could have been pulled from the pages of a Faulkner novel or from one of photographer William Eggleston's stark portraits of Memphis barflies. Toth's scenarios are intriguingly tawdry, his sounds tantalizing, with layered, almost-dreamlike harmonies; touches of blues, country and soul; the occasional flash of punk swagger; and even some sweet Fleetwood Mac-inspired pop.

Toth assumes the role of storyteller, maybe even confessor, spinning inter-linked tales of hope and misfortune, romantic trials and spiritual yearning. Toth has impressive, vinyl-era ambition; he's fashioned a disc that works as a cohesive whole, sequenced with such old-school care it could practically be called a concept album.

Toth admits there's a theme to Waiting In Vain, though it's more insinuated than announced: ?Waiting In Vain is kind of about temptation and redemption, and the varying ways you can view these things.? On ?Look In On Me,? an almost uplifting, gospel-tinged arrangement contrasts with the words of a dissolute character savoring his every vice: ?Cocaine and bourbon/pinball and pool.? Toth renders each line as if he were channeling the decadent, blues-besotted Jagger of the early-seventies Stones. On ?Poison Oak,? a woozy ballad, he flips the script; the narrator, drunk with conviction, harshly appraises someone else's indiscretions ? a lover, a sister, a friend? -- before offering half-hearted comfort. The hushed duet between Toth and wife Jexie Lynn that follows, ?Midnight Watchman,? has a gentler country-rock feel and hints at a kind of self-willed deliverance from unnamed troubles. ?The Park,? says Toth, is the metaphorical ?settling for all kinds of nebulous misdeeds,? filled with errant dreamers ?waiting in vain for easy living to start.?

Though Toth enjoys acknowledging his influences, managing to mention artists as disparate as Tanya Tucker, Robyn Hitchcock and the Violent Femmes in the course of a conversation, his work sustains a seductive mood all its own. The character of Faust pops up more than once, a reference to the guy who made a pact with the devil long before Robert Johnson reached those infamous crossroads. (?Becoming Faust? was an early contender for album title.) Contributing mightily to the atmosphere are the vocal arrangements Jexie has created; Toth admits, ?We don't really collaborate so much as she takes over the song at a certain point.? She's particularly inspired on ?Beulah The Good,? a ?ranty, post-Dylan kind of song? in which Jexie adds an improbably sunny pop feel to the dark, exhilarating rush of words.

Waiting In Vain is the first album that Toth, long a cult figure, has chosen to release as a solo artist, and it marks a new beginning for him. For several years, he and Jexie experimented with a folk-psychedelic rock hybrid, putting out numerous discs in many different formats under many different names and pseudonyms, including variations of the name Wooden Wand. Toth didn't always follow a traditional release schedule; he issued extremely limited CD-Rs whenever inspiration struck, over 100 in all.

For his last Wooden Wand release, James and the Quiet (2007), Toth stated that he was deliberately trying to make an ?un-weird? album, and he set aside the psychedelic ramblings for more concise song-forms, taking a giant step toward the sound he's realized on Waiting In Vain. Despite his solo billing, Toth, who plays some electric guitar, doesn't completely go it alone. He calls upon a small circle of musician friends, most of them San Francisco-based, including guitarists John Dietrich (Deerhoof), Nels Cline (Wilco) and Andy Cabic (Vetiver); alt-country multi-instrumentalist Carla Bozulich (Geraldine Fibbers); bassist Shayde Sartin (Giant Sunflower Band) and drummer Otto Hauser (Vetiver/Devendra Banhart). Toth credits Sartin as liaison to these players and right-hand man on the Waiting in Vain sessions: ?If I'm the Beefheart, then Shayde's the Zappa.? Toth brought in well-known Pacific Northwest indie-rock figure Steve Fisk (Nirvana, Soul Coughing, Soundgarden) as producer. Says Toth, ?He comes from a great place because he's inherently an experimental dude, a risk taker, but he has a real appreciation for the classics. He's a huge Beatles guy. He came with the perfect arsenal of rock-history knowledge, but he knows we're into twisted psychedelic stuff, so he was the perfect producer.?

Toth's evolution continues when he, Jexie and friends hit the road: ?We're looking forward to doing it right this time. Some of this is going to be hard to recreate live, so we may try to change and adapt it, maybe do ?Midnight Watchman' loud and fast, then slow another number down. The idea that people merely want to hear a record recreated in a crowded, smoky room and pay seven dollars for drinks ? I never understood that.? You'll know how to find Toth: his name will be on the marquee. And this strange and compelling world he's brought to life will be waiting for you.