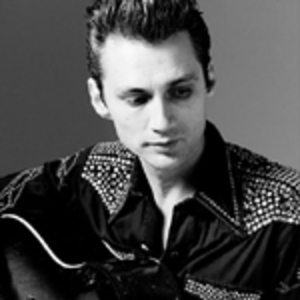 A native of Los Angeles, he started his career at an early age listening and singing along to his parents' recordings of Hank Williams, Sr., Dean Martin, Lefty Frizzell, and Elvis. By high school he was playing in cover bands and was soon a regular sitting in with the house band at the legendary Palomino Club. Initially, Intveld worked with his younger brother Ricky and friend Pat Woodward in a band known as the Rockin' Shadows.

Initially, Intveld worked with his younger brother Ricky and friend Pat Woodward in a band known as the Rockin' Shadows. The group dissolved when Ricky and Woodward left to work with Rick Nelson's Stone Canyon Band; both later died in the same airplane accident that took the life of Nelson. It was only fate that kept James from getting on that flight. It's a tragedy that cut, and still cuts deeply into his heart and soul.

During the cow punk movement of the '80s, Intveld was working the same clubs as Dwight Yoakam and Rosie Flores, playing his own brand of rockabilly. He so impressed Town South of Bakersfield producers
Pete Anderson and Dusty Wakeman that he was included on the second volume of the compilation series.

As a multi-instrumentalist singer, songwriter and sideman, James' name seems to crop up everywhere. He's in high demand for his skills as a player; as adept at the slap bass, slide, steel, and drums as on guitar. He's done everything from playing bass with Dwight Yoakam to lead guitar with the Blasters.

Intveld wrote the Rosie Flores hit "Cryin' Over You" as well as all the material on his own first 1996 effort "James Intveld." That was named the best studio recording project and the best country or roots CD of 1996 by California's Music Connection magazine. Intveld successfully produced, arranged, sang, and played all the parts on this magnificent release, dedicated to his brother and best friend, Ricky.

Recently, he's purchased a home in Nashville, Tennessee and is currently on tour supporting the release of his third solo effort, "Have Faith"; on his independent record label Molenaart. Of the ten tracks, seven are self-penned proving his strong songwriter skills and musical diversity, all with the theme of love, loss, and above all faith.

James has the uncanny ability to take you to church as he joins forces with the legendary Jordanaires on the gospel tinged " Walk With Me" yet he's just as adept at getting to the core of love and loss with his reflective ballad "A Woman's Touch" then quickly gets your foot tappin' with his upbeat shuffle openly admitting " If you're gonna break my heart and tear my world apart "Let's Get Started."

With the help of Country Music Hall Of Fame steel master Lloyd Green, James revives the Johnny Paycheck standard " Motel Time" and pays tribute to Bakersfield pioneer Wynn Steward by revamping his 60's hit " It's Such A Pretty World Today". James enlisted Nashville's A team studio musicians to give it a modern state of the art sound and with James' strong smooth vocal style turned this into another classic country favorite.

Somewhere Down The Road