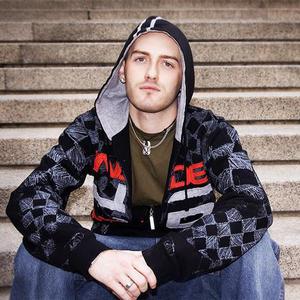 Blues, Christian, I Love Them, Pop, Sonar 2006, The Blues Brothers

There seems to be more then one artist named "Jake". 1) Jake (Brasilian Christian Ax? Singer) 2) Jake (The Rapper) 3) Jake (NY Band) 4) Jake (Christian Pop trio) 5)" Joliet" Jake E. Blues from The Blues Brothers 1) Jake was born in S?o Paulo - SP and started her musical life in the catholic universe as a teenager. Born on a catholic family , acted with the youth in artistic manifestations of the church, school and


1) Jake was born in S?o Paulo - SP and started her musical life in the catholic universe as a teenager. Born on a catholic family , acted with the youth in artistic manifestations of the church, school and
neighborhood. It was her admiration for the music, specially MPB (Brazilian Popular Music). Her vocal timbre led to the rhythms from the northeast and Jake was realizing she could turn her love and enjoyment of music into something serious. In December 2006 Jake launched her first Catholic Ax? CD, bringing the public a revolutionary attitude, compared to the catholics' standards. But the paulistan soon conquered the public, showing her joy and irreverence. Currently Jake travels throughout Brazil taking her show to major micaretas and events. One of the successes of her CD, "P? Par? Com o P?" was one of the hits of carnival 2009. Jake enters the national music scene with his right foot, showing that those who have faith, also has ax?.


2) Jake (The Rapper) = Jacob Dove Basker. Born in 1970 in the Bronx. Jake left America in 1990 to get a different perspective on the first gulf war. Jake started rapping in 1992 as his alter ego M.C. Eye, at a time when white rappers were still pariahs (with very few exceptions- ones like MC 900 Ft Jesus? hmm, does anyone else see a spiritual likeness between these two?), first under the patronage of the tough gals of drum and bass, ?Die Patinnen?, then with the ?Jonas Schoen Sextett? and as the leader of the Jazz rap combo ?M.C. Eye & Blind Jazz?.

But it was in the Hamburg hiphop training camp ?Trainingslager? that Jake learned to freestyle from his mentor/buddy/adopted son Mad Maxamom. The cross-styling also started soon thereafter, also with Max and with beatboxer Mark Boombastik in a band called ?No Berlin No?, a trashpunkmetalrap band that made it a rule never to practice and still managed to entertain guests on stage like Peaches, Gonzales, and Maxwell from the ?Meteorites?. Mark is seen again with Felix Kubin in Jake's ?other? band, ?Anaerobic Robots?, of which the studio recordings still lie dormant on Felix's hard drive.

Seeing as how Jake hails from the incubator of modern capitalism, it makes perfect sense that he let himself be playfully marketed as a product two years ago. The design agency Redesigndeutschland chose Jake as their guerilla-marketing posterboy ands attempted harbinger of peace (drop beats, not bombs), thus jettisoning him to regional fame, and eventually a damned record deal! Many concerts later people wearing Jake masks in Hamburg and Berlin were no rare occurrence (in one case every member of the band ?Plokk? performed wearing them). It was actually a time when both cities were pitching for the privilege of presenting our portly protagonist, but in the end another was to win: Dusseldorf, home of Combination Records, that offered to not only satisfy our rolling rogue with copies of his own record, but to supply fans all over the world with his long awaited tour de force.

3) From (http://www.jakerocks.com/)
Jake is a NY band consisting of Jessie Lee Montague and John Annese. Jake is a dynamic, street-smart New York band that has created its own unique blend of modern rock and bluesy americana. From growling rock to soulful, sultry tunes that stir the imagination, front-woman Jessie Lee Montague's beguiling, feline vocals and emotive lyrics pull it all together. After releasing their debut CD (Hooked) on Atlantic's Blackbird Records, the band has achieved critical acclaim and a steadily growing regional following with Bloodblue and Snake Road, which they released on their own Desert Dog Records.

4) Jake, the Christian pop/rock band, consisted of three brothers (Toby, Marty, and Josh Penner). They named their band after their dad. One could call them a boyband, but unlike many others in their genre they were songwriters, played their own instruments, and had a hand in the production. They were signed to Reunion Records and released two albums on the label, Jake (2000) and Army of Love (2002), before asking to be released from their contract after the second release. Toby Penner currently heads a band called TAP.

5) John Adam Belushi (January 24, 1949 ? March 5, 1982) a.k.a. "Joliet" Jake E. Blues from The Blues Brothers was an American comedian, actor and musician, notable for his work on Saturday Night Live, National Lampoon's Animal House and The Blues Brothers. He was the brother of Jim Belushi.

Since the early-mid 1990s, The Blues Brothers band has re-united, and played on. They are sometimes joined by Dan Aykroyd on vocals, other times by various sound alike singers. The members had many recording sessions at the famous Cherokee Studios with Bruce Robb (producer) and Steve Cropper. John's brother James Belushi toured with the band for a short time. He recorded the album Blues Brothers & Friends: LIVE! From Chicago's H.O.B with Dan Aykroyd but he did not appear in Blues Brothers 2000 (1998). It's rumored he was approached to play not the role of Mighty Mack (played by John Goodman) but the role of the local Sheriff Chamberlain (the part played by Joe Morton). Jim would later reunite with Aykroyd to record yet another album, not as the Blues Brothers but as themselves: 'BELUSHI/AYKROYD -"Have Love Will Travel (Big Men-Big Music)"'.

HAPPY ALL OF THE TIME

Take A Little Ride With Me