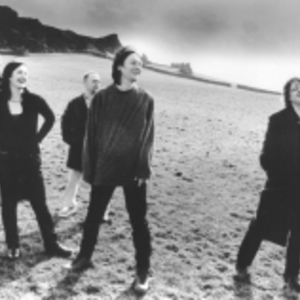 Named for an island off Scotland's western coast, the group Iona was formed in the late '80s by vocalist Joanne Hogg and multi-instrumentalists David Fitzgerald and Dave Bainbridge. They are contemporaries of fellow Celtic artists Enya and Clannad; however, Iona's works are also influenced heavily by jazz-fusion, prog-rock and ancient Christian themes. For Iona's 1990 debut album, the band added: drummer Terl Bryant...

They are contemporaries of fellow Celtic artists Enya and Clannad; however, Iona's works are also influenced heavily by jazz-fusion, prog-rock and ancient Christian themes.

Two years later, Iona returned with "Book of Kells", and the album was praised by North American critics
as well as those of the British Isles. David Fitzgerald left in 1992 to pursue a degree in music and, as a result, Iona lost much of its jazz influences by the following year's Beyond These Shores. The group made up for Fitzgerald's absence, however, by inviting Robert Fripp to guest on the album. Both albums also featured former Kajagoogoo bassist/stickist Nick Beggs. A contract with England's Alliance Music led to "Journey into the Morn"; the album was released in 1996 in the U.S. and Canada, and was listed among the top five folk albums in Q Magazine's Year End Review. "Heaven's Bright Sun", a live album, came the following year, then "Woven Cord" in 2000, and "Open Sky" in 2001.

Their latest release, new to 2007, is called "The Circling Hour".

There is also a German post-rock band who also go by the name "Iona".

There is also a Romanian experimental / hip hop band who also go by the name "Iona",

Edge Of The World (Live In Europe) CD2

Edge Of The World (Live In Europe) CD1

A Celebration of Twenty

The River Flows Anthology: The Book Of Kells CD2