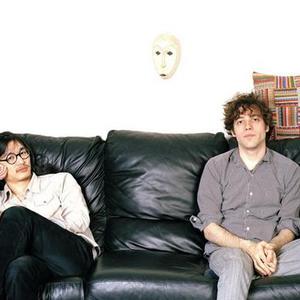 New York duo Invisible Conga People produces analog-based psychedelic dance music and made their recording debut on the fashionable indie electronic label Italians Do It Better. Formed in 2006, the duo is comprised of Justin Simon (guitar) and Eric Tsai (synths, programming) and goes to great lengths to avoid using computers to produce and perform their music, preferring instead analog equipment and lots of effects pedals.

The duo cites krautrock legends Can as a primary influence, along with contemporary Japanese psychedelic music. In fact, Simon, who is fluent in Japanese and who lived in Japan for six years, is the founder of Mesh-Key Records, a boutique label specializing in contemporary Japanese pysch (artists including We Acediasts, Nagisa Yoko, Chie Mukai, and Yura Yura Teikoku). In 2008 Invisible Conga People made their recording debut with the Cable Dazed 12" on Italians Do It Better, a label generally associated with Glass Candy. In addition to their recordings, the duo also performs live.

Italians Do It Better 12"