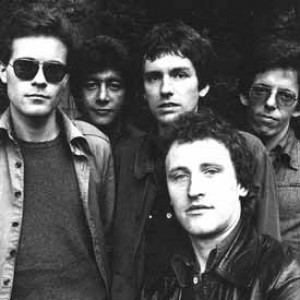 Interview was a power pop/new wave band formed in 1977 by Pete Allerhand, Alan Brain and Jeff Starrs in Bath, England. After adding Manny Elias on drums and Phil Crowther on bass they quickly rose from playing pub gigs in Bath to club gigs in Bristol and then on to the thriving 'Pub Rock' scene in London, eventually getting signed to Virgin Records. The band released two albums - 'Big Oceans' and 'Snakes and Lovers' - and four singles - 'Birmingham', 'You Didn't Have to Lie to Me', 'To The People' and 'Hide and Seek.