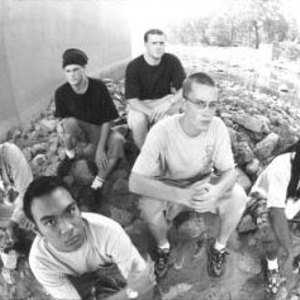 Through conscious poetic rhymes and live instrumentation, infectious organisms strives to breathe creativity and energy into the stagnant materialistic world of hip-hop. Originally formed in 1996 in Richmond, Virginia, infectious has spent their time cultivating their sound and building their legion of devoted fans into an army of infected beat heads. Infectious has that special combination: a band capable of blowing out a room live while equally skilled as producers in the studio.

The group consists of MCs Felton Martin and Jean Kouame supported by bassist Dave Sunderland, brothers Will and Brooke Blair on drums and guitar respectively, and pianist Mike Mathews.
After selling 5,000 copies of their independently released self-titled debut, infectious spent the last year in the studio crafting a follow up capable of advancing the sound that has become their trademark: groove orientated instrumentation with rappers tight enough to crush coal into diamonds.