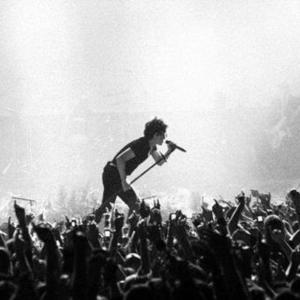 Indochine (French for "Indochina") was formed in May 1981 in Paris, France by Nicola Sirkis and Dominique Nicolas. It took them a few months to write their first songs. They soon took on Dimitri Bodianski, the cousin of one of Nicola's friends. Very soon, Stephane Sirkis, Nicola's brother got involved in the band and composed most of their hits in which Nicola always took the leading vocals. They gave their first concert at "Le Rose bonbon", a caf? in Paris on 29 September 1981. This brief performance on stage earned them their first contract with a record company.

They recorded their first single in November 1981. It included two songs, Dizzidence Politik and Fran?oise. Their most known song is "l'aventurier" (french for "adventurer") which has been covered by Nada Surf. As of 2006 they have released 11 albums and have had several member line up changes through the years. They are very famous in french-speaking Europe and Canada. Indochine has worked with important people in music such as Brian Molko, David Bowie, Robert Smith and Melissa Auf Der Maur.
http://www.indo.fr/