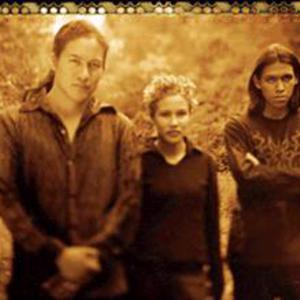 Indigenous is an American blues-rock group that came to prominence in the late 1990s. The band originally consisted of two brothers, Mato Nanji (vocals and guitar, b. 1974), Pte (bass guitar), along with their sister, Wanbdi (drums, vocals), and their cousin, Horse (percussion). Their music is heavily influenced by guitarist Stevie Ray Vaughan, as well as Jimi Hendrix and Carlos Santana. Mato Nanji's style and skill has drawn comparisons to each of these guitarists. The band has also shared the stage with artists of varying musical genres such as B.

Their music is heavily influenced by guitarist Stevie Ray Vaughan, as well as Jimi Hendrix and Carlos Santana. Mato Nanji's style and skill has drawn comparisons to each of these guitarists. The band has also shared the stage with artists of varying musical genres such as B.B. King, Santana, Bonnie Raitt, Joan Baez, the Indigo Girls, Jackson Browne, Dave Matthews Band, and Los Lonely Boys. The band has headlined its own tours several times.

The Nakota Nation members grew up on South Dakota's Yankton Indian Reservation, where their father, Greg Zephier became a spokesperson for Native American rights. A musician in his own right during the 60s and '70s, Zephier provided his children with records from blues musicians such as B.B. King, Buddy Guy, and Freddie King, and taught them to play their respective instruments. The family started touring together, and soon the children were performing on their own.

The group released their debut album, Things We Do on Pachyderm Records in 1998. In 1999, Indigenous won three Native American Music Awards for their debut record, including two top honors: Album of the Year and Group of the Year. A video for the lead single and title track was directed by Chris Eyre (acclaimed director of Smoke Signals) won the American Indian Film Festival award and was shown three times at the Sundance Film Festival. The track "Now That You're Gone" peaked at #22 on Billboard's Mainstream Rock chart, making Indigenous one of the first Native American bands to break into that realm. Amazon.com named the band Blues Artist of the Year, and soon after they were featured on broadcast shows such as NPR's "All Things Considered", "Late Night with Conan O'Brien," "CBS Saturday Morning," and "Austin City Limits." B.B. King became a self-proclaimed fan, and invited the band to join his Blues Festival Tour.

Later that year, Indigenous released an EP, Blues This Morning, and a full-length album, Live at Pachyderm Studios in 1999, and continued the momentum. Live at Pachyderm won two Native American Music Awards for Best Blues Album and Group of the Year in 2000. Their next LP, Circle, settled into place in Billboard's Top 10 blues albums after its release in 2000.

Following this was the 2003 self-titled album, Indigenous (Zomba), and then another EP, Long Way Home in 2005 (on their own record label). This seven-song EP contains five originals, as well as an acoustic version of a song from Things We Do, "Rest Of My Days", and a live version of their first single, "Things We Do". After recording their 2006 album, Chasing the Sun (Vanguard) the band split. Mato took the Indigenous name but left brother Pte and sister Wanbdi in favor of a new band. In 2007 Mato parted company with Vanguard Records and is now looking for a new record label.