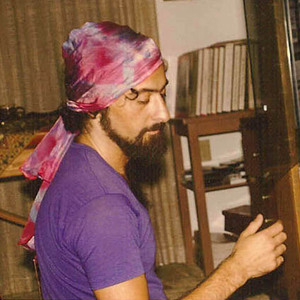 Iasos (born in Greece in 1947, American resident from 1951), is a new age musician living in California. He is one of the earliest creators of the "New Age Music" genre. The psychology department at Plymouth State College rated his Angelic Music album as being closest to the music heard by people who have had Near Death Experiences.[1] The Buddhist philosopher Alan Watts has said "Iasos is doing the classical music of the New Age."[1] Guitarist Lee Underwood has said "Angelic Music...perhaps exemplif(ies) the best this genre has to offer."[2]

He began studying piano at age 8, with formal music education through high school. in 1967, he began to "hear" music, whch he referred to as "paradise music". He moved to California in 1968, to work on creating this music. In 1975, he released his first album, Inter-Dimensional Music Through Iasos, the same year his friend and colleague Steven Halpern released his first album, thus being an early pioneer in the "New Age Music" genre. in 1982, Iasos produced one of the first New Age videos, "Crystal Vista". In 1989, the psychology department of Plymouth State College in New Hampshire conducted research with people who had had near death experiences. The conclusion of the research was that Iasos' music received the highest rating for being most like the music people heard while officially "dead".[1] Iasos has performed and lectured internationally, and his music is distributed worldwide. His music has been used by NASA and the Laserium laser light show.[3]