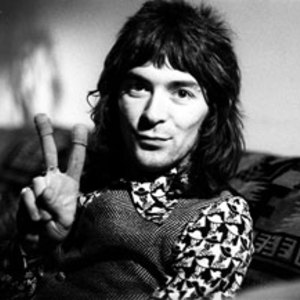 Along with a well deserved reputation in his earlier years as a hard partying "Little Troublemaker" beginning with the Small Faces, and The Faces, McLagan's soulful organ playing is highly regarded and he has contributed to best selling albums by a wide range of well known acts including The Rolling Stones, Chuck Berry, Thin Lizzy, Bonnie Raitt, Billy Bragg, Jackson Browne, Bob Dylan Paul Westerberg and Bruce Springsteen.

For an artist who has played on numerous platinum albums, and arena tours, Ian McLagan's long storied career as a keyboardist and sideman to some of rock's greatest performers has left him a somewhat overshadowed and under appreciated figure in the greater music world. Beginning with chart toppers Small Faces in 1966, he eventually has stints playing on platinum albums and arena & stadium tours with top selling acts Rod Stewart and The Faces, as well as with The Rolling Stones.

His career as a professional keyboardist begins with The Muleskinners in 1965, and truly never stops for air. In the late 1970's after the dissolution of pre-eminent touring act The Faces, and a brief ill fated attempt at a Small Faces reunion, he had a stint as a solo act on Mercury records and played on albums by the Rich Kids, Carly Simon and The Rolling Stones' classic 'Some Girls' album offering memorable keys on the hit track Miss You. For a spell, he joined Keith Richards' raucous touring side project as a member of The New Barbarians band alongside other well known virtuosic players like bassist Stanley Clarke and drummer Zigaboo Modeliste.

In addition to early 80's tours with Bonnie Raitt, The Everly Brothers, and Bob Dylan, he spent most of the 80's and early 90's living in Los Angeles and doing studio work for other artists including Georgia Satellites[artist], [artist]The Stray Cats, John Hiatt, Joe Cocker and Melissa Etheridge. in the mid 90's he relocated to the Southwestern music hub of Austin Texas where he started a solo career in earnest and re-formed Ian Mclagan and the Bump Band.

He continues to record and tour with his current band, runs his own label imprint Maniac Records and remains a charming and effusively talented, he's a legendary rock n roller with an esteemed and unrivaled performing pedigree.

Bump In The Night