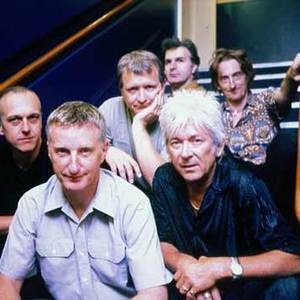 Billy Bragg released the album William Bloke in 1996 after taking time off to help raise his son. Around that time, Nora Guthrie (daughter of American folk artist Woody Guthrie) asked Bragg to set some of her father's unrecorded lyrics to music. The result was a collaboration with the band Wilco and Natalie Merchant (with whom Bragg had worked previously). They released the album Mermaid Avenue in 1998 and Mermaid Avenue Vol. II in 2000. A rift with Wilco over mixing and sequencing of the album led to Bragg recruiting his own band, The Blokes, to promote the album.

The tour worked so well it was inevitable that The Blokes would be a permanent band, playing with Bragg in the U.S. and the rest of Europe.

Following the release of Mermaid Avenue Volume II, Bragg moved home from London to Dorset, in the south-west of England. It didn't, however, take him long to involve himself in the politics of the area ? just before the UK General Election in June 2001 Bragg launched a tactical voting campaign to unseat the Conservative MP in Bragg's Dorset constituency.

Bragg also turned his attention to campaigning for reform of the House of Lords ? the UK's second chamber ? by writing and publishing "A Genuine Expression of the Will of the People," a political pamphlet on the subject. It is available in electronic form from the votedorset.net website.

Running concurrently with all this political activity, however, Bragg was also working with The Blokes on a new album England, Half English. The album, which explored Bragg's notions about identity and Englishness, was released on Monday 4th March, 2002 ? by sheer coincidence the precise 20th anniversary of Bragg's first-ever solo gig, the Sociology Disco at North London Polytechnic on 4th March 1982.

Billy's first new studio album in six years, "Mr Love & Justice," is released in the UK by Cooking Vinyl on 3 March 2008 and by Anti- in North America on 22 April. Shock Records is releasing the album in Australia and New Zealand.

The album is being released in two versions: one features Billy Bragg and The Blokes; the second is a 2 CD deluxe version featuring the band version and the same songs performed by Billy solo.