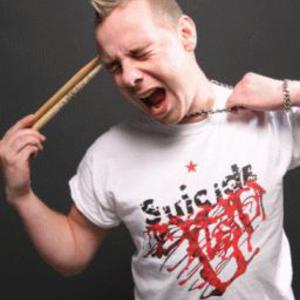 DJ Hyper is a British DJ, producer and remixer from Oxford, United Kingdom who has releases on labels such as Distinct'ive Breaks Records, Bedrock Records, and Positiva Recordings. He has done remixes for artists such as BT and Paul Van Dyk. His first studio album We Control advanced Hyper to the stages of festivals, including Glastonbury, Glade, the Sziget Festival in Hungary and Coliseo Ciudad de Atarfe in Spain.

Although already one of the leading DJ lights in the new slightly left of centre world of dance music, Hyper really does seem to have taken on a life of its own over the last 6 months.

Starting out based around samples and ideas from bands such as Killing Joke, Adam & The Ants and even Anti-Nowhere League, the album mutated naturally into a living breathing LIVE production.

In 2011, Hyper will release another full length artist album, titled 'The Panic'.