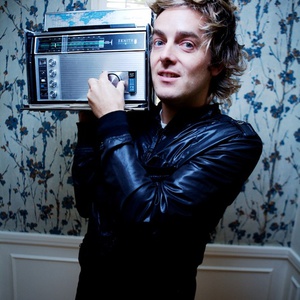 Adam Freeland is a UK-based DJ and producer associated with breakbeat based electronic music. He was a resident of Brighton, England, United Kingdom and is now based in Los Angeles. As a producer, he formed half of Tsunami One with Kevin Beber, and released a solo album as Freeland; as a DJ & Remixer he operates solo under his own full name. He is the owner / creative director of record label Marine Parade, which has released material by artists including Evil Nine, ILS, Alex Metric and Jape.

A major presence on the international club/festival circuit for over a decade, Freeland continues to hold residencies at the best dancefloors around the globe.

Adam also owns and runs his own label Marine Parade. It released Freeland's breakthrough full-length artist album, 2003's Now & Them, which spawned the smash single ?We Want Your Soul,? a Top 40 chart hit in various countries ?round the world that also resulted in an award-winning video. The follow up to Now & Them was released in spring 2009: it was as genre-shattering as ever, with guest slots from Pixies guitarist Joey Santiago, Tony Bevilacqua, Brody Dalle and Jerry from Devo. ?Creatively, the sound I want to hear? somewhere between Soulwax and Sonic Youth, Justice and My Bloody Valentine?doesn't exist yet, so I had to go and make it,? Freeland explains. ?I've always played whatever I want, but the audience now is even more receptive. There's been limits, but now it's wide open.?