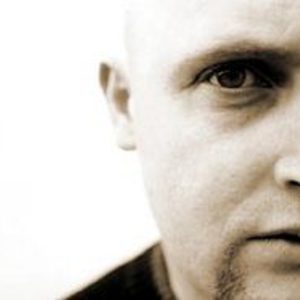 http://www.facebook.com/Meatkatie South west londoner Mark Pember (AKA Meat Katie) has had a long history in Dance music. In his time he has recorded for such prestigious labels such as Wall of Sound, R&S Records , Kingsize, Bedrock, Perfecto, Great Stuff, Renaissance, Saw not to mention his first record deal, signed to Iggy pops Kill City Records (as a bass player in 3 piece skate punk band Sandladder). Pember has also remixed for / collaborated with Arthur Baker, U.N.K.L.

South west londoner Mark Pember (AKA Meat Katie) has had a long history in Dance music. In his time he has recorded for such prestigious labels such as Wall of Sound, R&S Records , Kingsize, Bedrock, Perfecto, Great Stuff, Renaissance, Saw not to mention his first record deal, signed to Iggy pops Kill City Records (as a bass player in 3 piece skate punk band Sandladder). Pember has also remixed for / collaborated with Arthur Baker, U.N.K.L.E, Boy George, Deep Dish, D.Ramirez, Peace Division, Chicken Lips, Robbie Rivera & James Zabelia, to name but a few.
To date Pember has released three Meat Katie artist albums, Off the bone (1998), Long to belong (2000) & Vibrator (2006), all diverse in style and vibe but glued together by his techy and lo-fi feel', he has worked with such vocalist as Kurt wagner from Nashville indie/country band Lambchop, garage/trash vocalist Holly Golightly, new york house legend roland Clark and UK Diva Katherine Ellis, in 2000 mark also made a one off alternative album 'Never The Less' under the name Avenue A, a collaborative project with Jason o' Bryan co-producuer with the Dub pistols, it was this project that lead Mark to score the music for film adaptation of martin amis' 'Dead Babies', an art house production by Gruber films (Shooting fish, waking ned), starring Paul Bettany.
Arguably its Marks work as a DJ that has really seen him shine, a world class performer with excellent technical ability and a great understanding of the dance-floor, he has built a reputation worldwide. Those who have seen him play will know that it is his diversity and energy that has earned him such respect, his toughTechy style, has seen him play across the globe alongside an eclectic group of DJs from Digitalism, Justice and Simian mobile disco, Soulwax and Erol Alkan, to Deep Dish, Steve Lawler, James Zabiela, Sasha & Digweed, Carl Cox, even Armand van buren & Marco V, and not forgetting some of the world's top Breaks acts including, Plump DJ's, Stanton Warriors. He''s supported live acts such as Chemical brothers, Pendulum, Basement jaxx, Represent, and Infusion, and He even recently played on the Valve Soundsystem as one of the only non-Drum ?n Bass DJs ever to do so.
It is these djing skills that have led him to compile and mix compilations for such land mark series such as, Bedrock breaks, Fabric live & most recently Sessions' for Ministry of Sound, a very unique dj, over the years he has perfected a cross over of techno electro with a subtle break beat feel (better know as tech funk) in recent interviews mark described his own playing, when pressed about pigeon holing himself genre wise he replied ?The only thing pigeon holes are good for.... is pigeons", mark is living proof that taste is more important than simply following the crowd and bandwagon jumping.
Mark has also been working on an audio visual show along side VJ Anyone (currently rated No. 3 in the World) together they have taken their unique show to clubs such as 'Fabric, Urban Gorilla, Technique and Festivals such as Glastonbury, Glade, and many more.
Not satisfied with being a world class dj producer the self confessed workaholic also found time to set up and run his own highly influence LOT49 imprint (with Dylan Rhymes, whom he also shares a studio with in south west london under the same name).
Lot 49 has without a doubt maintained a reputation as being a taste-making label, never shy to experiment with multi genres and with over 50 releases under its belt featuring artists such as, Dubfire , Audiojack, D Ramirez, Elite Force, Dexter, Phil Kieran, Lee Coombs, Robbie Rivera, Marco Bailey, James Talk, Alex Metric, L?tzenkirchen, Evil 9 and obviously Meat Katie & Dylan Rhymes, the Lot49 steamroller shows no sign of slowing down, it will celebrate its 5 year anniversary later this year with a label compilation CD/ with a an exclusive DVD documentary about the label and artists.