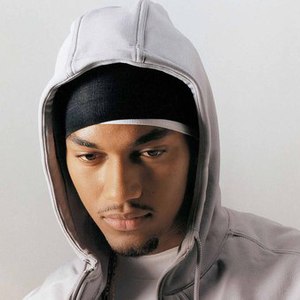 There are three artists known as Houston. 1) Is an American R&B singer from Los Angeles. 2) is a rock band from the American Midwest. 3) Is a Swedish duo making AOR style rock. 1) Houston Summers, IV (born on October 26, 1983), professionally known as Houston, is an American R&B singer best known for the hit single "I Like That". Houston grew up in Los Angeles, California and performed on the streets with his friends who rapped, his niche was singing freestyle rap lyrics, since he discovered he had a real knack for it.

1) Houston Summers, IV (born on October 26, 1983), professionally known as Houston, is an American R&B singer best known for the hit single "I Like That". Houston grew up in Los Angeles, California and performed on the streets with his friends who rapped, his niche was singing freestyle rap lyrics, since he discovered he had a real knack for it.

Summers comes from a very devout Christian background, and his family was open in their disdain for his choice to do "secular" music. His mother, La Tylano Houston, had forbade him as a child to partake in rap or any other music that wasn't affiliated with God. He was reportedly dealing with emotional troubles and it came to a head one night in early 2005 while he was on tour in London. Before a show, Summers suffered an emotional breakdown and reportedly tried to commit suicide by jumping from a window, while under the influence of PCP. When people in his entourage stopped him, he was restrained and locked in a first floor room. While in that room, Summers then proceeded to gouge his left eye out in a fit of rage. Shortly thereafter, Summers was taken off tour, and returned home to his family in Los Angeles. The Summers family, who were not in attendance during the incident, insists the entire situation was just an "accident", and that management is attempting to slander him. Houston was set to play Orion in the 2006 movie "Tournament of Dreams" but was not accounted for in the credits or casting roster.

2) After forming in 1999, Houston decided the only true home is on the long and twisted road of rock. They toured consistently throughout the Midwest, eastern, southern and western waysides, and have released three full length albums: "Overhead", "Head Like A Road Map", "Live on Fish Island" (an album of out-takes and b-sides), and their third independent album, "Bottom Of The Curve". Houston also released 3 EPs, including a split 7" (SuperFi Records) in the United Kingdom. Jeff Halland (guitar/vox) and Lane Soderberg (bass/vox) spent much of their formative years in the far Northern woodlands of Duluth, MN before moving to Minneapolis, MN in the early 90's. Early in their career, Soderberg and Halland devoted themselves to success in another band before eventually going separate ways and then reuniting a year later with Houston; ideas brewing. Ian Prince (drums) broke free from the confines of Michigan's upper peninsula to escape a life in the militia. Prince elects to not reveal the exact date of his arrival to Minneapolis, but shortly after he was introduced by a mutual friend to Soderberg and Halland and the trio was complete.

As their http://www.onesimpleband.com website address suggests, Houston modestly claims to be just that; the complexity extends far beyond the surface and will escape the cursory listen. Varied comparisons abound, this makes it difficult to see or hear the simplicity. Houston's sound and incredible live performance have attracted the attention of bands like: Hey Mercedes, House of Large Sizes, Shiner, and Local H, all of whom have taken Houston on tour throughout different parts of the country.

3) Houston is: Freddie Allen and Hank Erix from Sweden - two young men joined together on a mission to create the music of their dreams. The music of Houston brings back memories of Survivor, Boston, Foreigner and Journey. See http://www.houstontheband.com