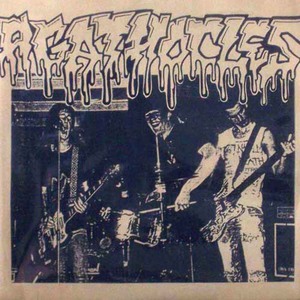 Agathocles is a legendary grindcore band from Belgium, who describe their music as "mincecore". The band started in 1985, and has gone through many line-up changes - with Jan Frederickx being the only original member - but is still going strong today. Agathocles have gained an underground cult following through their frequent releases - which mostly include countless 7" EPs, Split 7" EPs, full-length CDs / LPs, and compilations - adding up throughout the years to become one of the largest discographies of any grindcore band.

This Is Not A Threat, It's A Promise