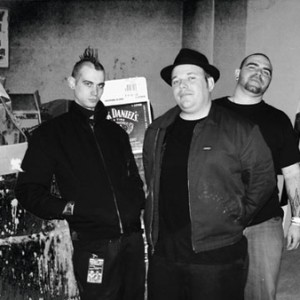 Against All Authority (often abbreviated as -AAA-) is a DIY ska-punk band. They were founded in Miami, Florida in 1992, driven by willingness to promote their message: "questioning our economic differences and promoting our human similarities," as stated by their official site. A strong engagement in political and social issues is clearly evident in their lyrics. On an early stage, -AAA- decided to book concerts, make recordings, and even produce band t-shirts on their own. Later, they signed to Hopeless Records and became one of their major bands.

In addition to touring and recording, the band is frequently involved in demonstrations and social projects. They have also influenced a number of other bands.

The Restoration Of Chaos & Order

The Restoration Of Chaos And Order

Destroy what destroys you