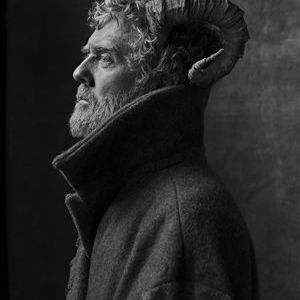 Vocalist and guitarist for Irish rock group The Frames. Hansard quit school at age 13 to begin busking on local Dublin streets. He first came to public attention as guitar player 'Outspan Foster' in the Alan Parker film The Commitments, a role he subsequently regretted, believing it distracted from his music career. In 2003 he presented the first series of Other Voices: Songs from a Room, which showcased Irish music talent on RT?.

He released The Swell Season, his first solo album, on April 21st 2006, in collaboration with a Czech singer and multiinstrumentalist Mark&eacute;ta Irglov&aacute;, Marja Tuhkanen and Bertrand Galen.

Glen recently starred in the movie 'Once' alongside Mark?ta Irglov? which won a prestigious Sundance Audience Award in 2007, as well as the 2008 Academy Award for Best Originial Song (for "Falling Slowly"), beating out three songs from the Disney musical "Enchanted" and one song from "August Rush" (both were heavy contenders). Its Irish release took place on 23rd March 2007 and appeared in cinemas further afield later in the year.

Glen's latest album, Rhythm and Repose, was released in June 2012.

A Season On The Line (EP)

It Was Triumph We Once Proposed/Songs Of Jason Molina (EP)

Once (With Marketa Irglova) (Collection's Edition)