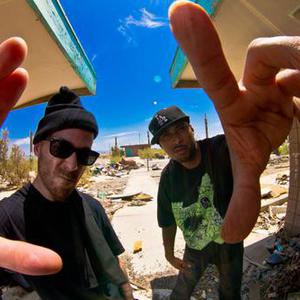 The Alchemist and Oh No, respected and accomplished MCs and producers in their own right, weren't acquainted until they met at a show headlined by Dilated Peoples member and mutual friend, Evidence. Inspired, Al contacted Oh No and proposed a collaborative project. From that point they ?just clicked?, says Oh No. ?I sent him a verse and a beat, and he sent a beat and a verse.? The creative sparring continued, and they began to refer to the work as Gangrene.