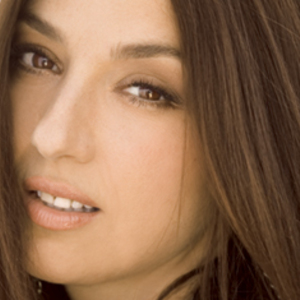 Gabriela Anders was born into a family of musicians. The Argentinean native studied classical guitar and piano in Buenos Aires while listening closely to her father, jazz saxophonist Jorge Anders. ?There were so many influences when I was growing up, and I wanted to do something with them all. My father's concerts and studio work certainly affected me, as did the music of Brazil? it's so harmonically rich and so interesting melodically.

?? After high school, Anders decided to continue her studies in New York. After a short while, she started to do studio and club work. This work lead to two recording projects with top producer Sergio George under the name Beleza. Through Sergio, she had the opportunity to sing for Grover Washington, Jr., Marc Anthony, Celia Cruz & DLG.

Her ongoing exposure to music of various sensibilities and her innate ability to fuse styles and formats were abundantly revealed in a few demo tracks she made on the cheap. Shortly thereafter, the stunning beauty became one of the only artists ever signed to Warner Bros. from unsolicited material. Her first appearance on the Warner Bros. sampler JAZZ CHRISTMAS PARTY (1998) was followed by Gabriela's 1999 debut,
Wanting is brimming with vocal subtlety; although smooth, it is anything but simple (she wrote ten of the twelve tracks). Gabriela Anders continued a journey of musical excellence and introspection with her releases, Eclectica, a collection of brazilian, rhythm'n blues and jazz- influenced songs and Latina, an all spanish adventure.

Most of the songs and lyrics in "ECLECTICA are by Anders, as well as the arrangements. All songs on LATINA are composed and arranged by Anders featuring the whole spectrum of Latin rhythms. From salsa (#2) to bossa nova (#3), from a romantic ballad (#4) to afro brazilian (#10), this collection of songs takes you all along Latin America. Anders channels her multi-cultural musical gifts into the power of love's emotions and vulnerabilities, both personal and universal, and that is the essence of her allure.