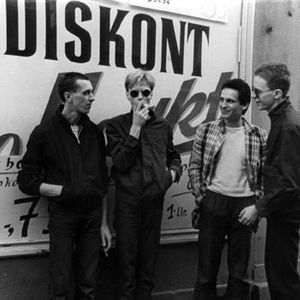 Fehlfarben (lit. transl.: "wrong colours", this expression is used in a figurative sense to describe: a. card-game: a suit another player is missing or that is not trump, b. a cigar with a misscoloured wrapper or c. a stamp that has been printed with a wrong colour by accident) are a German rock band from D?sseldorf, Germany formed in 1979. Founding members are: Peter Hein(vocals 79-81 90-?, former Mittagspause (lit. transl.: "lunch break"))