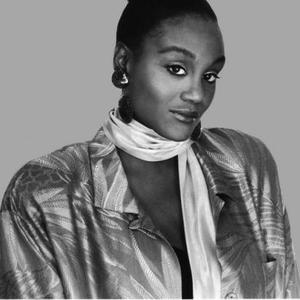 Evelyn Thomas (b. 22 August 1953) is a disco singer from Chicago, Illinois. Since the start of her career. Thomas has recorded four studio albums. These albums are "I Wanna Make It On My Own" (1978), "Have a Little Faith in Me" (1979), "High Energy" (1984)" and "Standing At The Crossroads" (1987). Although best known worldwide for her Hi-NRG club hits, Thomas has also recorded and performed in disco, jazz, and gospel music styles.

Before her successful period, she had also scored a chart hit in 1976, reaching the UK Top 30 with her single "Weak Spot".She is best known for her song "High Energy", which hit #1 on the Hot Dance Music/Club Play chart in 1984. The song was also her only Hot 100 entry, peaking at #85. She scored several additional songs hit the Hot Dance Club Songs chart.

"High Energy" also reached #5 on the UK charts in 1984 and #1 in Germany, in addition to becoming a major chart hit all over Europe. The follow-up single "Masquerade", released the same year, received heavy rotation in European clubs but failed to reach the UK Top 40. A number of unsuccessful singles followed, most notably "Heartless" and a cover of the Supremes' "Reflections" recorded in a Hi-NRG style; in addition to an album release, "Standing at the Crossroads", in 1986.

In late 1987, the single "No Win Situation" shot to #1 on the now defunct UK Hi-NRG chart. After the release of "Only Once In A Lifetime" (1988) and "This Is Madness" (1989), Thomas went on hiatus from the music business. She started recording again in 1997 with the hit single Redemption feat.Evelyn Thomas-"Tell The World." Over the next decade, she would record a steady stream of single including "Stick To The Plan" (2008, Night Dance Records), "Prove It" and "Are You Man Enough" with Carol Jiani.

Standing At The Crossroads