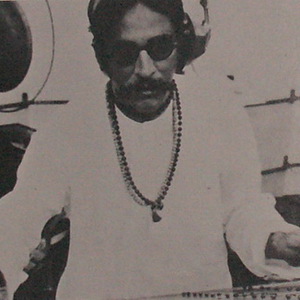 Emil Richards, born Emilio Joseph Radocchia on September 2, 1932 in Hartford, Connecticut, is a percussionist who plays a variety of different percussion instruments. Richards started playing the xylophone at age six. He graduated from the Julius Hartt School of Music (now part of the University of Hartford) and Hillard College. Richards was a private student of the distinguished and Schillinger accredited teacher Asher George Zlotnik.

Even before then, he performed with the Hartford Symphony Orchestra and with various jazz artists in New England. After he left the military service, where he had been Assistant Band Leader of the First Cavalry Army Band in 1952 and 1953, his performing career rapidly gained momentum. In the 1950s and 1960s he played various percussion instruments with jazz ensembles first in New York and then in Los Angeles, where he settled permanently in 1959. He became known as one of the most desirable percussionists in jazz, rock and other popular music and was called on to play in countless movie and television soundtracks.

In 1954 Emil moved to New York where he played jazz gigs with Charles Mingus, Ed Shaughnessy and Ed Thigpen while doing studio recordings for artists such as Perry Como, the Ray Charles Singers and Mitch Aires. In 1955 Emil joined the George Shearing Quintet. He stayed with the group for over four years, playing 51 weeks a year. In 1959 he moved to Los Angeles where he worked with the Paul Horn Quintet, Jimmy Witherspoon, the Shorty Rogers Big Band, Don Ellis, Lenny Bruce and Lord Buckley. He also recorded with Frank Sinatra, Nelson Riddle, Judy Garland, Sarah Vaughan and Doris Day. In 1962, in response to a request from President John F. Kennedy, Emil and a small jazz combo joined Sinatra on a tour around the world for the benefit of underprivileged children. This group helped to found the first hospital in Israel for Jewish and Arab children. This was the beginning of Emil's interest in, and collection of ethnic percussion instruments. He soon began working with the legendary microtonal pioneer Harry Partch around this time too.

Richards soon became a "first call" percussionist for the Hollywood film industry, and has played for hundreds of films. He was involved in The Zodiac: Cosmic Sounds concept album and has played for many groups, including Blondie, The Doors, George Harrison and Frank Sinatra. He has served several terms on the Board of Directors for the Percussive Arts Society, and donated the largest single-donor collection of instruments to the society museum.

Emil Richards With The Jazz Knights