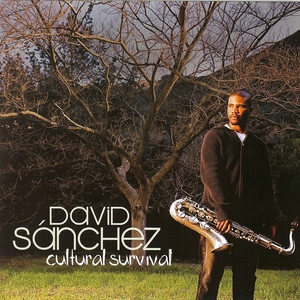 Conventional Jazz, If Only Everyone Knew, Jazz, Need To Rate, Sanchez, Saxophone

"Cultural Survival" is the latest CD by the multi-Grammy winning saxophonist David Sanchez. His musical journey began in Guaynabo, Puerto Rico where he was born. S?nchez began playing percussion and drums at age 8 before migrating to tenor saxophone four years later. While a student at the prestigious La Escuela Libre de M?sica in San Juan, he also took up soprano and alto saxophones as well as flute and clarinet.

The bomba and plena rhythms of Puerto Rico, along with Cuban and Brazilian traditions, were among the biggest influences on S?nchez's early taste in music. Sonny Rollins, Dexter Gordon and John Coltrane had the greatest impact on his playing.